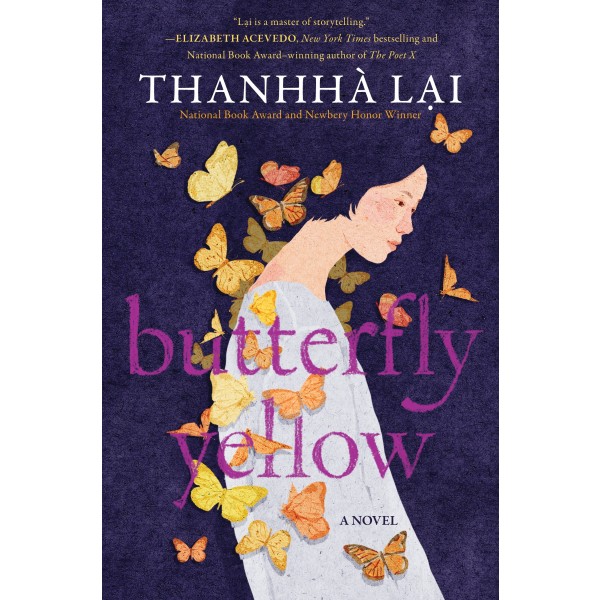 In the final days of the Việt Nam War, Hằng takes her little brother, Linh, to the airport, determined to find a way to safety in America. In a split second, Linh is ripped from her arms — and Hằng is left behind in the war-torn country. Six years later, Hằng has made the brutal journey from Việt Nam and is now in Texas as a refugee. She doesn't know how she will find the little brother who was taken from her until she meets LeeRoy, a city boy with big rodeo dreams, who decides to help her.

Hằng is overjoyed when she reunites with Linh. But when she realizes he doesn't remember her, their family, or Việt Nam, her heart is crushed. Though the distance between them feels greater than ever, Hằng has come so far that she will do anything to bridge the gap. This gorgeously written and deeply moving own voices novel is the YA debut from the award-winning author of Inside Out & Back Again.

"In chapters that alternately focus on the protagonists’ perspectives, the layered narrative gradually unwinds Hằng’s tremendous guilt about her brother, the trauma of her journey from Vietnam, and the intensity of the pain caused by her brother’s indifference. Lai ably sketches the chemistry between Hằng and LeeRoy; he interprets her English and helps her relate to her brother, she models dedication and loyalty, and the two slowly become friends and more. Told with ample grace, Lai’s finely drawn narrative and resilient characters offer a memorable, deeply felt view of the Vietnam War’s impact." — Publishers Weekly