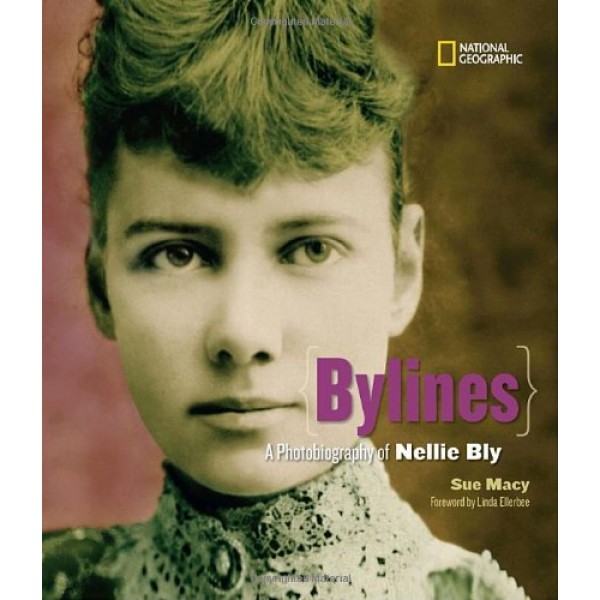 Bylines: A Photobiography of Nellie Bly

Bylines is the latest title from award-winning biographer Sue Macy. Nellie Bly was a pioneering American journalist who lived by the belief that "Energy rightly applied and directed will accomplish anything." This credo took her from humble origins in Cochran's Mill, Pennsylvania, a town named after her father, to the most exotic cities around the globe by the time she was 25.

The story of the two decades before and after the turn of the 20th century was her story, and she wrote with a powerful pen. Her "stunt journalism" included getting herself committed to an insane asylum for women and circling the globe in a mere 72 days. She profiled leaders from Susan B. Anthony to Eugene V. Debs, exposed corruption, and offered her readers a travelogue that expanded their horizons, even as it made the world a little smaller.

Her words live on even now, and Sue Macy's masterful biography invites young readers into Nellie Bly's America, a country at a time of great growth and social change.