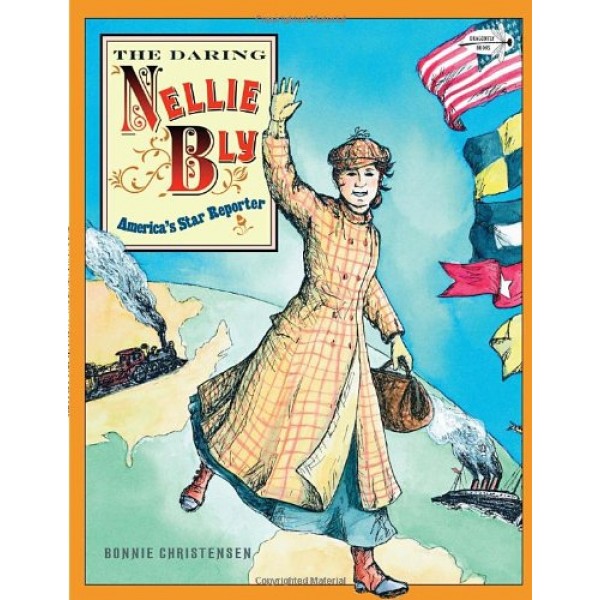 Born in 1864, during a time in which options were extremely limited for women, Nellie defied all expectations and became a famous newspaper correspondent. Her daring exploits included committing herself to an infamous insane asylum in New York City to expose the terrible conditions there and becoming the first American war correspondent of either sex to report on the front lines of Austria during World War I. In 1889, Nellie completed her most publicized stunt, her world-famous trip around the world in just 72 days, beating the record of Jules Vernes' fictional hero in Around the World in 80 Days.

With an informative text and pen-and-ink illustrations reminiscent of the graphic style of the late 1800s, The Daring Nellie Bly captures the independent spirit of America's first star reporter, Nellie Bly.