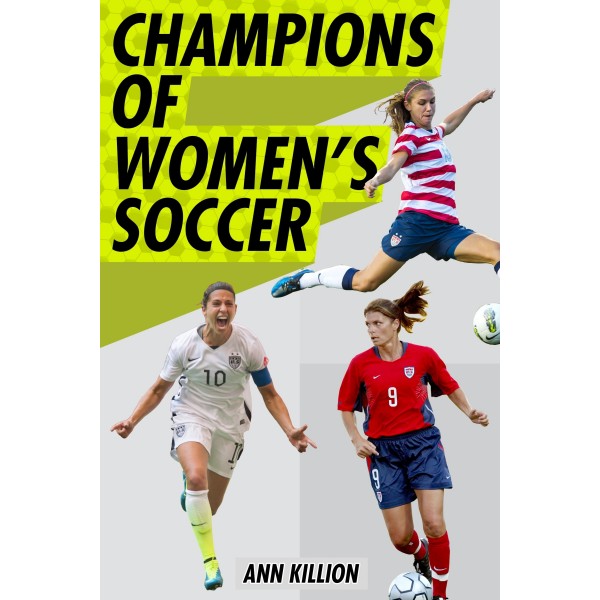 From the World Cup to the Olympics, from Mia Hamm to Carli Lloyd to Alex Morgan, here is the ultimate guide to Women's Soccer for young sports fans from an award-winning sports journalist.

The moment the U.S. Women's Soccer team won the World Cup in 1999, the team's — and the sport's — popularity exploded in America. The Americans' electrifying rise to the top marked the biggest women's sporting event in our nation's history. Players like Mia Hamm and Brandi Chastain instantly became international stars, setting the stage for the arrival of future greats like Carli Lloyd, Abby Wambach, and Alex Morgan. And with women's professional leagues continuing to take shape in America, as well as the skyrocketing popularity of the U.S. Women's National Team, there's no doubt that women's soccer has captivated fans across the country and beyond.

Featuring Top Ten Lists and stunning photos of history-making moments, this comprehensive collection catalogs the rise of women's soccer in America; the greatest American and international stars; the future class of superstars; and the most thrilling World Cup and Olympic matches. This is the perfect book for young sports fans eager to kick off their soccer schooling.

"After an enthusiastic ode to the sport in the 'Pregame' chapter, Killion relays the career highlights of 11 U.S. players for the 'First Half.' Providing only minimal information about each player's personal life and background, the focus is instead on achievements on the field. She goes on to profile 11 international players for the 'Second Half.' 'Halftime' is dedicated to a history of women playing soccer and the impact the 1972 passing of Title IX had on women's athletic teams. Remaining sections cover top 10 lists of the best goals, the best events, the biggest upsets, and the biggest saves.... The focus on women athletes represents a much-needed perspective in sports books for tweens and will be a welcome addition." — Kristy Pasquariello, School Library Journal