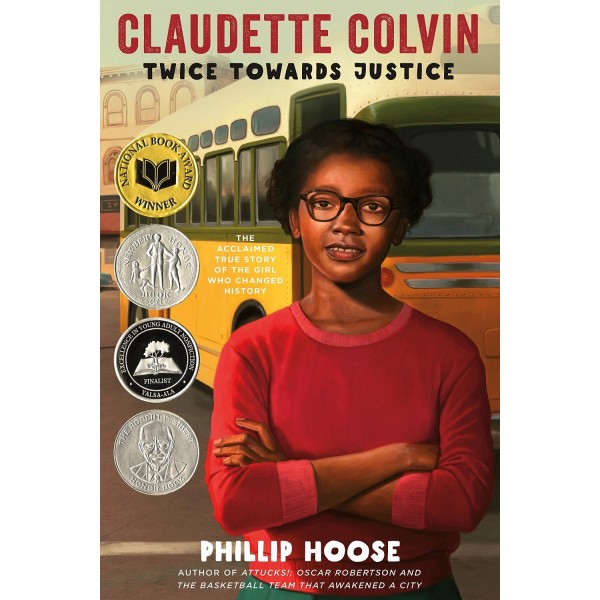 On March 2, 1955, an impassioned teenager, fed up with the daily injustices of Jim Crow segregation, refused to give her seat to a white woman on a segregated bus in Montgomery, Alabama. Instead of being celebrated as Rosa Parks would be just nine months later, fifteen-year-old Claudette Colvin found herself shunned by her classmates and dismissed by community leaders. Undaunted, a year later she dared to challenge segregation again as a key plaintiff in Browder v. Gayle, the landmark case that struck down the segregation laws of Montgomery and swept away the legal underpinnings of the Jim Crow South.

Based on extensive interviews with Claudette Colvin and many others, Phillip Hoose presents the first in-depth account of an important yet largely unknown civil rights figure, skillfully weaving her dramatic story into the fabric of the historic Montgomery bus boycott and court case that would change the course of American history.

For more stories about girls and women involved in the Civil Rights Movement, visit our special feature on the Top Mighty Girl Books on Civil Rights History.

"While virtually all students know Rosa Parks's story, this well-written and engaging book will introduce them to a teen who also fought for racial justice and give them a new perspective on the era, making it an outstanding choice for most collections." -- School Library Journal

"On each attractively designed spread, text boxes and archival images, including photos and reproduced documents, extend the gripping story. As in Hoose’s We Were There, Too! Young People in U.S. History, this inspiring title shows the incredible difference that a single young person can make, even as it demonstrates the multitude of interconnected lives that create and sustain a political movement." -- Booklist