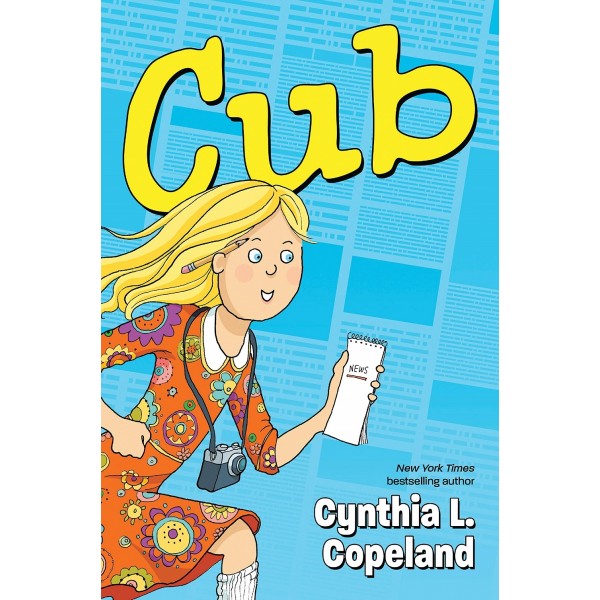 Twelve-year-old Cindy has just dipped a toe into seventh-grade drama — with its complicated friendships, bullies, and cute boys — when she earns an internship as a cub reporter at a local newspaper in the early 1970s. A (rare) young female reporter takes Cindy under her wing, and Cindy soon learns not only how to write a lede, but also how to respectfully question authority, how to assert herself in a world run by men, and — as the Watergate scandal unfolds — how brave reporting and writing can topple a corrupt world leader.

Searching for her own scoops, Cindy doesn't always get it right, on paper or in real life. But whether she's writing features about ghost hunters, falling off her bicycle and into her first crush, or navigating shifting friendships, Cindy grows wiser and more confident through every awkward and hilarious mistake. This is a laugh-out-loud funny and empowering graphic memoir about growing up and finding your voice.

"When Cindy’s best friend takes up with 'the predators,' three stylish girls whose clique name is inspired by both Jaws and Wild Kingdom, Cindy joins a goofy but loyal circle. Concurrently, the ERA makes headlines, and Cindy’s father talks about careers only with his sons.... Engaging full-color illustrations include Leslie’s handwritten edits of the cub reporter’s typewritten ledes. Deftly juggling Cindy’s school days, internship, and home life, Copeland crafts a multilayered, year-in-the-life story within a complex historical context." — Publishers Weekly