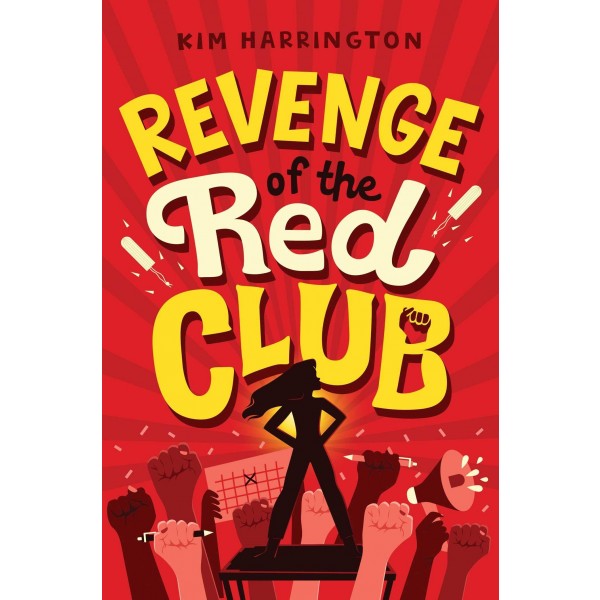 Revenge of the Red Club

Riley Dunne loves being a member of the Red Club. It's more than a group of girls supporting each other through Aunt Flo's ups and downs; it's a Hawking Middle School tradition. The club's secret locker has an emergency stash of supplies, and the girls are always willing to lend an ear, a shoulder, or an old pair of sweatpants. But when the school administration shuts the Red Club down because of complaints, the girls are stunned. Who would do that to them? The girls' shock quickly turns into anger, and then they decide to get even.

But wallpapering the gym with maxi pads and making tampon crafts in art class won't bring their club back. Only Riley can do that. Using the skills she has cultivated as her school paper's top investigative reporter (okay, only investigative reporter), she digs for the truth about who shut the club down and why. All the while dealing with friendship drama, a new and ridiculous dress code, and a support group that is now more focused on fighting with each other than fighting back. As she fights to save the Red Club, Riley discovers the power of the pen in this period-positive and empowering middle grade novel about the importance of standing up for what you believe in.

"Riley’s breezy yet sharply accurate narration depicts body-image anxiety, the taunting and shame girls experience during menstruation, and the double standards associated with dress codes that vilify girls.... Throughout their efforts, Riley also considers the dynamics of female friendships and a male ally (who may have boyfriend potential, too). With unauthorized leggings, tampons carried openly, and period-speak that — ahem, flows in the hallways, this middle school #MeToo movement will educate and inspire budding feminists." — Kirkus Reviews