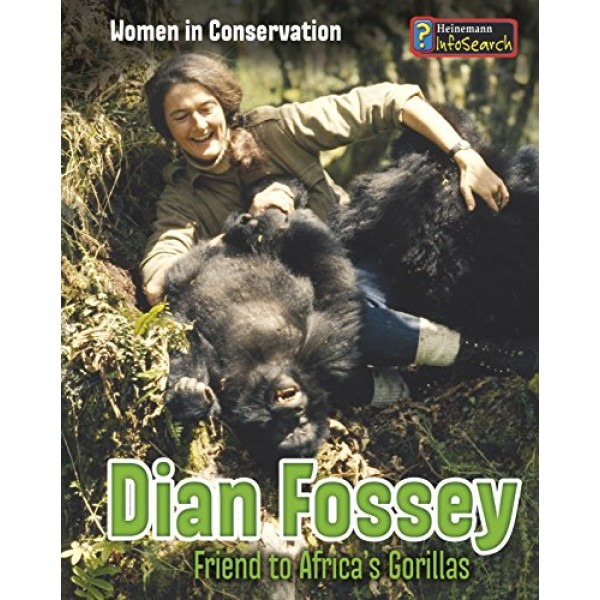 Gorillas were dangerous, people said. They were vicious and would kill people on sight. But Dian Fossey didn't believe it. This animal-loving woman dared to live in the habitat of the mountain gorillas, and even to sit watching them as they ate, played, and more. Her research changed the way people thought about an entire species — but it also illuminated the dangers facing them, including habitat destruction and poaching. Fossey was determined to save them.

This book takes an engaging look at the work of ground-breaking conservationist, Dian Fossey, and her work with mountain gorillas. It covers Fossey's inspiration, her methods, findings, and the impact of her work in Africa.

"Long headings [in this book] contain questions are helpful: 'What impact did Fossey's work have on animal conservation causes?' The 'Did you know?' sidebars offer related scientific facts as well as powerful biographical details that deserve their own space.... Dian Fossey's life trajectory will be particularly poignant to those who love animals but struggle in science. (Fossey flunked out of pre-veterinary courses and became an occupational therapist before finding her way to the jungles of Africa.) Students will appreciate her dedication — 2000 hours of observing gorillas. The graphics present a time line of primate development and maps that are as excellent and informative as the rest of this must-have series." — School Library Journal