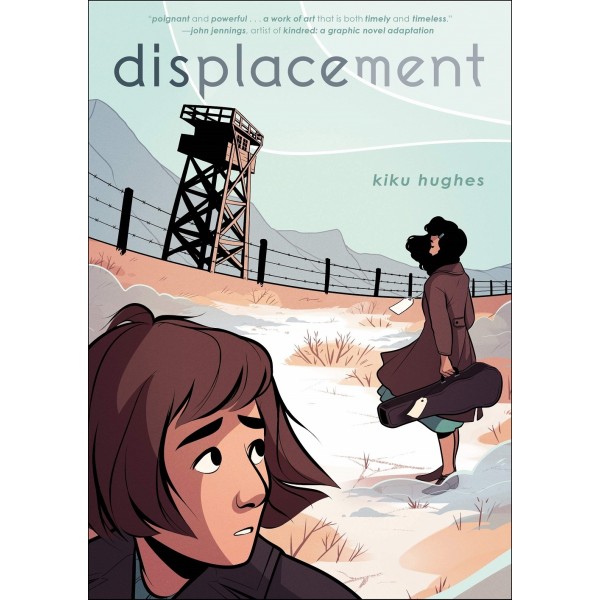 Kiku is on vacation in San Francisco when suddenly she finds herself displaced to the 1940s Japanese-American internment camp that her late grandmother, Ernestina, was forcibly relocated to during World War II. These displacements keep occurring until Kiku finds herself "stuck" back in time — which means she, too, must survive the internment camp she's just beginning to learn about.

Living alongside her young grandmother and other Japanese-American citizens, Kiku gets the education she never received in history class. She witnesses the lives of Japanese-Americans who were denied their civil liberties and suffered greatly, but managed to cultivate community and commit acts of resistance in order to survive. In this powerful historical graphic novel, Kiku Hughes weaves a riveting, bittersweet tale that highlights the intergenerational impact and power of memory.

"Through Kiku, readers learn key details about this moment in history, among them the murder of James Wakasa and the further relocation of people who voted, in a loyalty questionnaire, against serving in the U.S. military and renouncing their ancestry.... Though Kiku doesn’t exert her will on the past, Hughes centers that powerlessness to create a compelling story about an oft-overlooked period of U.S. aggression against its own citizens." — Publishers Weekly