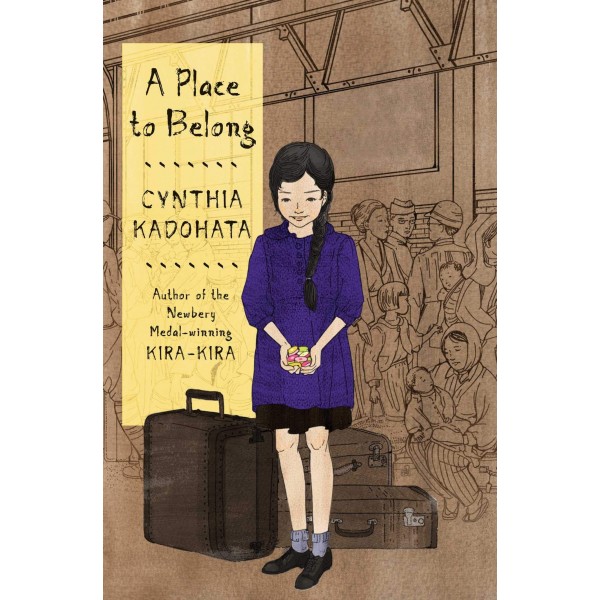 A Place To Belong

World War II has ended, but while America has won the war, twelve-year-old Hanako feels lost. America, the only home she's ever known, imprisoned then rejected her and her family — and thousands of other innocent Americans. Japan, the country they've been forced to move to, where they were supposed to start new and better lives, is in shambles because America dropped bombs of their own — one on Hiroshima unlike any other in history. The country is starving, the black markets run rampant, and countless orphans beg for food on the streets, but how can Hanako help them when there is not even enough food for her own brother?

Hanako feels she could crack under the pressure, but just because something is broken doesn't mean it can't be fixed. Cracks can make room for gold, her grandfather explains when he tells her about the tradition of kintsukuroi — fixing broken objects with gold lacquer, making them stronger and more beautiful than ever. As she struggles to adjust to find her place in a new world, Hanako will find that the gold can come in many forms, and family may be hers.

"It's Hanako herself — warm, thoughtful and deeply affectionate — who sets the tone for this transcendent story of love and family.... These are devastating circumstances, but Kadohata explains the history behind them in simple, direct prose, perfectly calibrated for younger readers. Still, her greatest achievement is in never losing sight of the child at the center of her story... The book is filled with unexpected joys, and the most sustaining are the connections Hanako feels with her family." — New York Times Book Review