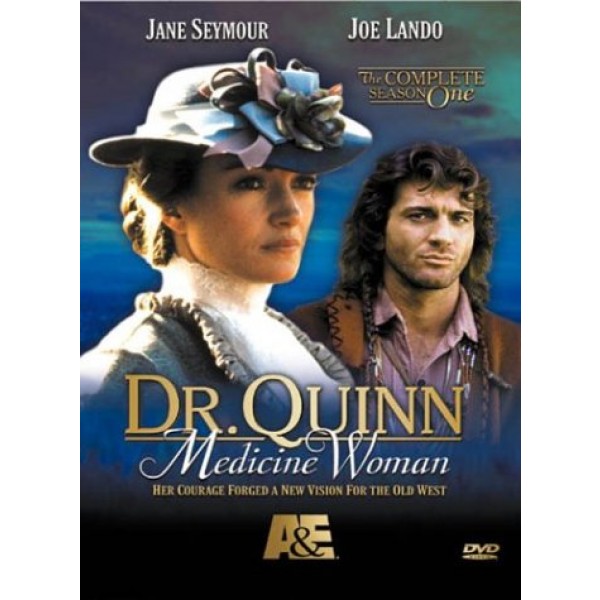 From the moment that Dr. Michaela "Mike" Quinn (Jane Seymour) first stepped from the stagecoach into the mud of Colorado Springs, TV audiences had a new destination on Saturday nights. Dr. Quinn, Medicine Woman won popular and critical acclaim -- including five Emmy® awards -- with its tales of courage, conviction and romance on the American frontier. When the show was cancelled after six seasons, it sparked one of the largest viewer protests in TV history.

This comprehensive collector's set gathers all 17 episodes from the groundbreaking first season -- plus a host of exclusive extras -- on 5 DVDs.

"Season one of Dr. Quinn, Medicine Woman captures the popular television series at its most charming and original: a gently feminist, 19th-century Western with mythic overtones, a Gunsmoke-like vision of small-town constancy, and an audacious love story that might best be described as Buckskin Bronte. British actress Jane Seymour scrubbed away her accent to play Michaela Quinn, fifth daughter of a well-to-do Boston physician who encouraged her to get a medical degree despite social obstacles. The headstrong Quinn moves to rough-and-tumble Colorado Springs to set up a practice, faces stiff resistance from the locals, witnesses the brutality of white America's expansionism, and generally experiences a classic Western transformation from privilege to pioneering." -- Tom Keogh