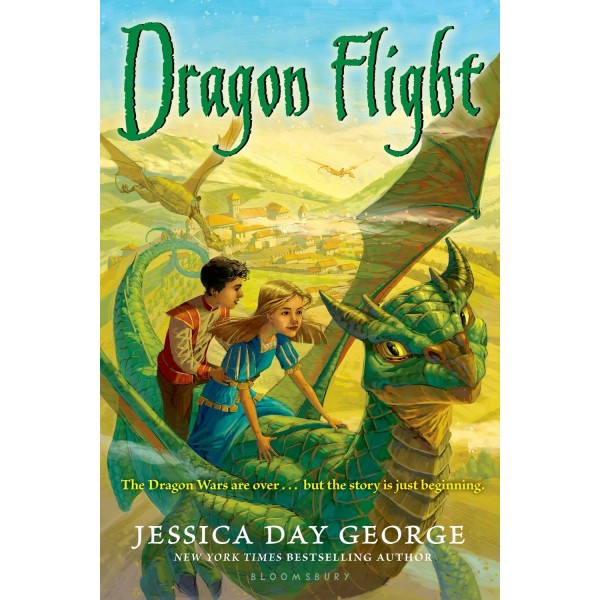 During the Dragon Wars, Creel learned that humans and dragons both have potential for either great good or great evil — but now that they're done, she finds herself bored with life as a seamstress. Then word comes that a bordering country has been breeding dragons in preparation for an invasion. Never one to miss out on the action, Creel throws herself headlong into a new adventure.

In her efforts to save her home once again, Creel reunites with Shardas, the king of the dragons, and learns that there is a terrible truth behind the dragon army: an evil dragon named Krashath who is controlling both dragons and humans against their will, and who has a terrible history with Shardas. To keep the world save, Creel will have to help Shardas defeat Krashath... no matter the cost.

This action-packed fantasy trilogy began with Dragon Slippers and concludes in Dragon Spear.

"This medieval fantasy, reminiscent of works by Patricia C. Wrede or Gail Carson Levine, is fast paced and entertaining, and filled with honorable, evil, and quirky characters.... Creel and Marta are both headstrong and enterprising, and their escapades make for an engaging read. This book stands alone, but readers familiar with the first title will better understand the details of Creel's world." — School Library Journal