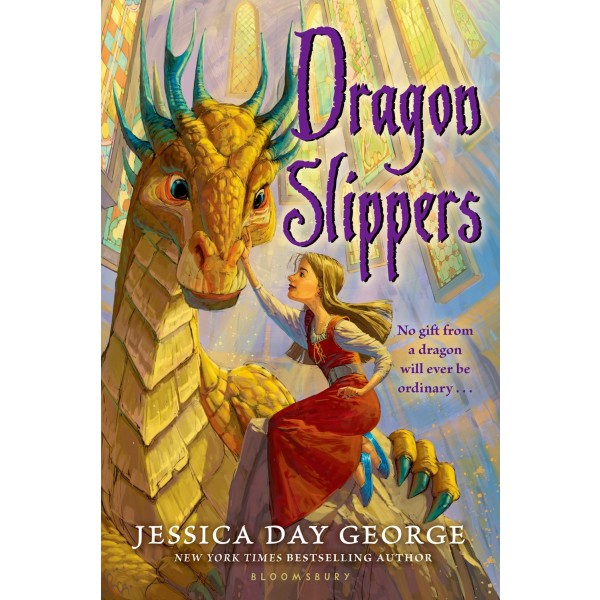 Creel is an orphan whose aunt sees her as an opportunity to bring the family wealth by offering her as a sacrifice to a dragon, thereby luring a rich knight or prince to come rescue her. But Creel discovers that the dragons aren't as ferocious as people believes, so she befriends them, rejects her "rescuers," and sets out to make her own fortune with only her gift for embroidery and a pair of mysterious slippers she took from one dragon's hoard. It's not long before Creel's new dress shop is in high demand, but when a dangerous force threatens both the kingdom and the dragons, Creel will discover that the slippers — and she herself — have unexpected powers and it's up to her to use them to save the day!

This enchanting tale of dragons, betrayals, and the power of friendship, the first in a trilogy by bestselling author Jessica Day George, features a clever and courageous Mighty Girl determined to forge her own path in the world. Creel's story continues in Dragon Flight and concludes in Dragon Spear.

"The exciting, fairy-tale action and vivid scenes, from glittering dragon cave to posh dress shop, are captivating, and readers will easily connect with brave Creel, who weathers betrayals and learns to value true friends and her own talents." — Booklist