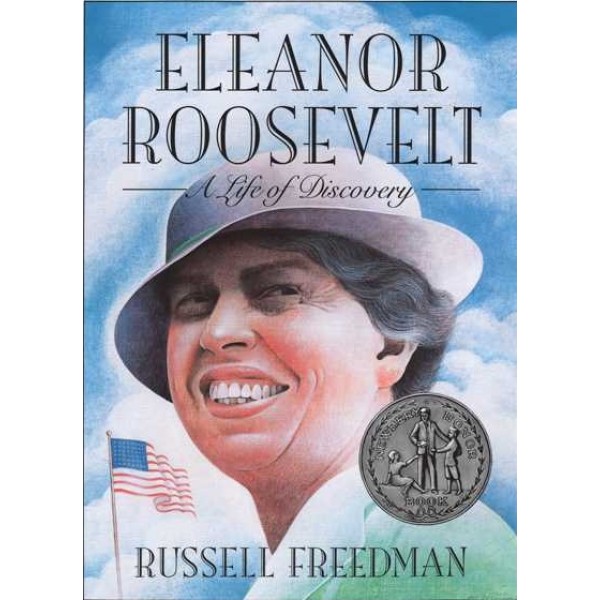 Eleanor Roosevelt: A Life of Discovery

The intriguing story of Eleanor Roosevelt traces the life of the former First Lady from her early childhood through the tumultuous years in the White House to her active role in the founding of the United Nations after World War II.

"[T]his impeccably researched, highly readable study of one of this country's greatest First Ladies is nonfiction at its best. As a role model for girls and an inspiration to both genders, Eleanor Roosevelt remains unsurpassed. Freedman relates how she transcended both an unhappy childhood...and a timid nature to become one of the most outspoken, vigorous, highly regarded women in history. The vast range of her interests and activities -- journalism, politics and social activism -- becomes even more remarkable as the author deftly considers Eleanor Roosevelt's times and her social milieu." -- Publishers Weekly

Russell Freedman received the Newbery Medal for Lincoln: A Photobiography. He is also the recipient of three Newbery Honors, the Sibert Medal, and the Laura Ingalls Wilder Award, and was selected to give the 2006 May Hill Arbuthnot Honor Lecture. Mr. Freedman lives in New York City.