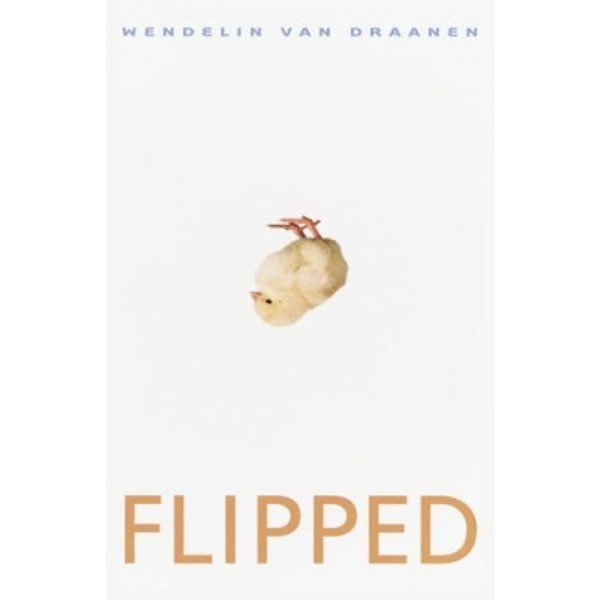 The first time she saw him, she flipped. The first time he saw her, he ran. That was the second grade, but not much has changed by the seventh. She says: "My Bryce. Still walking around with my first kiss." He says: "It's been six years of strategic avoidance and social discomfort."

But in the eighth grade everything gets turned upside down. And just as he's thinking there's more to her than meets the eye, she's thinking that he's not quite all he seemed.

This is a classic romantic comedy of errors told in alternating chapters by two fresh, funny new voices. Wendelin Van Draanen is at her best here with a knockout cast of quirky characters and a hilarious series of misunderstandings and missed opportunities. But underlying the humor are two teens in transition. They are each learning to look beyond the surface of people, both figuring out who they are, who they want to be, and who they want to be with.

You can find the movie adaptation of Van Draanen's book here.

With Flipped, mystery author Wendelin Van Draanen has taken a break from her Sammy Keyes series, and the result is flipping fantastic. Bryce and Juli's rants and raves about each other ring so true that teen readers will quickly identify with at least one of these hilarious feuding egos, if not both. A perfect introduction to the adolescent war between the sexes. --Jennifer Hubert