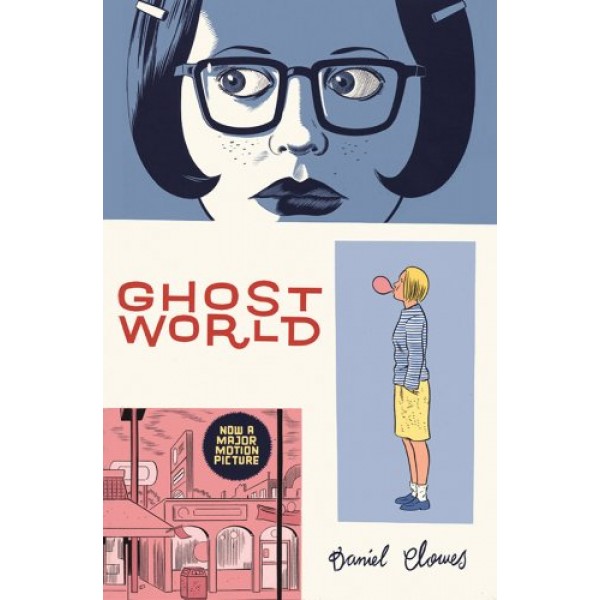 Winner of the 1998 Ignatz Prize for Outstanding Graphic Novel, Ghost World has become a cultural and generational touchstone, and continues to enthrall and inspire readers over a decade after its original release as a graphic novel. Originally serialized in the pages of the seminal comic book Eightball throughout the mid-1990s, this quasi-autobiographical story (the name of one of the protagonists is famously an anagram of the author's name) follows the adventures of two teenage girls, Enid and Becky, two best friends facing the prospect of growing up, and more importantly, apart. Daniel Clowes is one of the most respected cartoonists of his generation, and Ghost World is his magnum opus. Adapted into a major motion picture directed by Terry Zwigoff (director of the acclaimed documentary Crumb), which was nominated for an Academy Award for Best Adapted Screenplay.

Dan Clowes described the story in Ghost World as the examination of "the lives of two recent high school graduates from the advantaged perch of a constant and (mostly) undetectable eavesdropper, with the shaky detachment of a scientist who has grown fond of the prize microbes in his petri dish." From this perch comes a revelation about adolescence that is both subtle and coolly beautiful. Critics have pointed out Clowes's cynicism and vicious social commentary, but if you concentrate on those aspects, you'll miss the exquisite whole that Clowes has captured. Each chapter ends with melancholia that builds towards the amazing, detached, ghostlike ending.