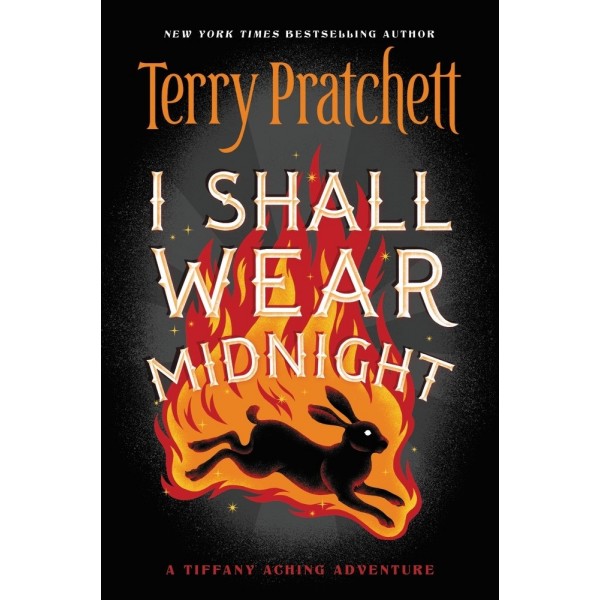 I Shall Wear Midnight

It starts with whispers. Then someone picks up a stone. Finally, the fires begin. When people turn on witches, the innocents suffer.... Tiffany Aching has spent years studying with senior witches, and now she is on her own. As the witch of the Chalk, she performs the bits of witchcraft that aren’t sparkly, aren’t fun, don’t involve any kind of wand, and that people seldom ever hear about: She does the unglamorous work of caring for the needy.

But someone—or something—is igniting fear, inculcating dark thoughts and angry murmurs against witches. Aided by her tiny blue allies, the Wee Free Men, Tiffany must find the source of this unrest and defeat the evil at its root—before it takes her life. Because if Tiffany falls, the whole Chalk falls with her.

The Tiffany Aching series began with The Wee Free Men and followed with A Hat Full of Sky and Wintersmith. It concludes with The Shepherd's Crown.

Chilling drama combines with laughout-loud humor and searing insight as beloved and bestselling author Terry Pratchett tells the high-stakes story of a young witch who stands in the gap between good and evil.

"As ever, Tiffany is ably supported by her loyal, intensely fractious, and totally amoral companions, the Nac Mac Feegles, whose leader, Rob Anybody, believes, "After all, ye ken, what would be the point of lyin' when you had nae done anything wrong?" She must deal with the heavy workload of a professional witch (birthing babies, training apprentices, and the like), fight evil, and come to terms with her former boyfriend's impending marriage. Pratchett's trademark wordplay and humor are much in evidence, but he's also interested in weightier topics, including religious prejudice and the importance of living a balanced life. Tiffany Aching fans, who have been waiting for this novel since Wintersmith (2006), should be ecstatic." -- Publisher's Weekly