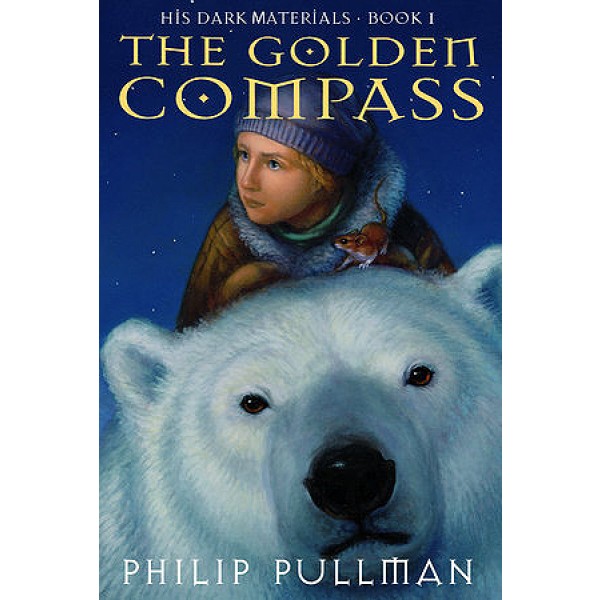 Lyra Belacqua is content to run wild among the scholars of Jordan College, with her daemon familiar always by her side. But the arrival of her fearsome uncle, Lord Asriel, draws her to the heart of a terrible struggle--a struggle born of Gobblers and stolen children, witch clans and armored bears. And as she hurtles toward danger in the cold far North, Lyra never suspects the shocking truth: she alone is destined to win, or to lose, this more-than-mortal battle.

Philip Pullman's award-winning The Golden Compass is a masterwork of storytelling and suspense, critically acclaimed and hailed as a modern fantasy classic.

All three novels in the series are available in the His Dark Materials Trilogy box set.

Some books improve with age--the age of the reader, that is. Such is certainly the case with Philip Pullman's heroic, at times heart-wrenching novel, The Golden Compass, a story ostensibly for children but one perhaps even better appreciated by adults. The protagonist of this complex fantasy is young Lyra Belacqua, a precocious orphan growing up within the precincts of Oxford University. But it quickly becomes clear that Lyra's Oxford is not precisely like our own--nor is her world. For one thing, people there each have a personal daemon, the manifestation of their souls in animal form. For another, hers is a universe in which science, theology, and magic are closely allied:

As for what experimental theology was, Lyra had no more idea than the urchins. She had formed the notion that it was concerned with magic, with the movements of the stars and planets, with tiny particles of matter, but that was guesswork, really. Probably the stars had daemons just as humans did, and experimental theology involved talking to them.Not that Lyra spends much time worrying about it; what she likes best is "clambering over the College roofs with Roger the kitchen boy who was her particular friend, to spit plum stones on the heads of passing Scholars or to hoot like owls outside a window where a tutorial was going on, or racing through the narrow streets, or stealing apples from the market, or waging war." But Lyra's carefree existence changes forever when she and her daemon, Pantalaimon, first prevent an assassination attempt against her uncle, the powerful Lord Asriel, and then overhear a secret discussion about a mysterious entity known as Dust.

Soon she and Pan are swept up in a dangerous game involving disappearing children, a beautiful woman with a golden monkey daemon, a trip to the far north, and a set of allies ranging from "gyptians" to witches to an armor-clad polar bear.

In The Golden Compass, Philip Pullman has written a masterpiece that transcends genre. It is a children's book that will appeal to adults, a fantasy novel that will charm even the most hardened realist. Best of all, the author doesn't speak down to his audience, nor does he pull his punches; there is genuine terror in this book, and heartbreak, betrayal, and loss. There is also love, loyalty, and an abiding morality that infuses the story but never overwhelms it. This is one of those rare novels that one wishes would never end. Fortunately, its sequel, The Subtle Knife, will help put off that inevitability for a while longer. -- Alix Wilber

"As always, Pullman is a master at combining impeccable characterizations and seamless plotting, maintaining a crackling pace to create scene upon scene of almost unbearable tension. This glittering gem will leave readers of all ages eagerly awaiting the next installment of Lyra's adventures." -- Publisher's Weekly