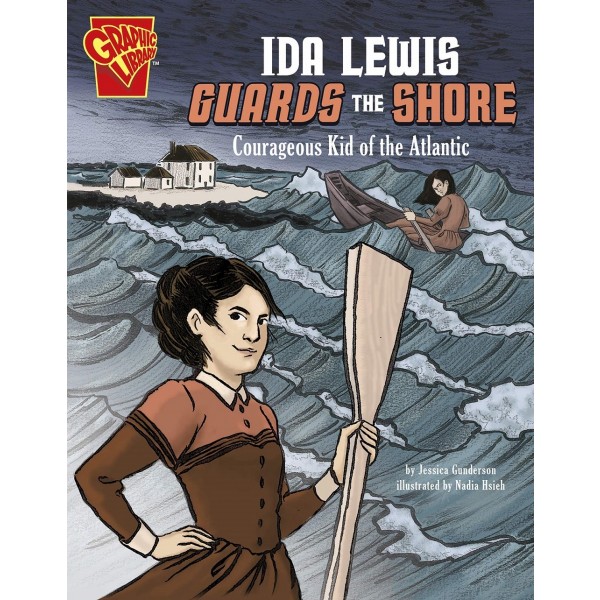 Courageous Kid of the Atlantic

Ida Lewis spent a lifetime on the water, starting when her family moved the island of Lime Rock in 1857 for her father's job as lighthouse keeper. By age 15, Ida was the best swimmer in Newport, Rhode Island. And when her father suffers a stroke, Ida herself takes over as keeper of the lighthouse. But guarding the shore also means guarding the water. And when Ida spots four local boys in danger on the water, she knows she must take action, the boys' lives depend on it.

In this thrilling book from the Graphic Library, young readers will learn the true story of Ida Lewis' courage and determination. Lewis rowed out alone to rescue the boys, and was hailed as the bravest woman in America for it. It's a graphic novel tribute to a heroic young woman who refused to let gender expectations prevent her from saving lives.