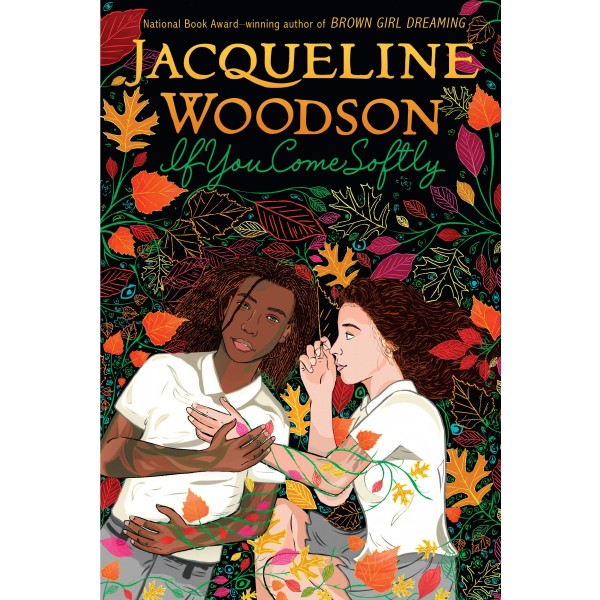 If You Come Softly

Fifteen year old Jeremiah feels good inside his own skin in his own Brooklyn neighbourhood, but is not so sure he fits in at the academy he attends until he meets Ellie. Their relationship begins to blossom, then, suddenly, Jeremiah is killed, for not stopping when the police called him back.

"Even as Woodson's lyrical prose draws the audience into the tenderness of young love, her perceptive comments about race and racism will strike a chord with black readers and open the eyes of white readers ("Thing about white people," Jeremiah's father tells him, "they know what everybody else is, but they don't know they're white"). Knowing from the beginning that tragedy lies just around the corner doesn't soften the sharp impact of this wrenching book." -- Publisher's Weekly