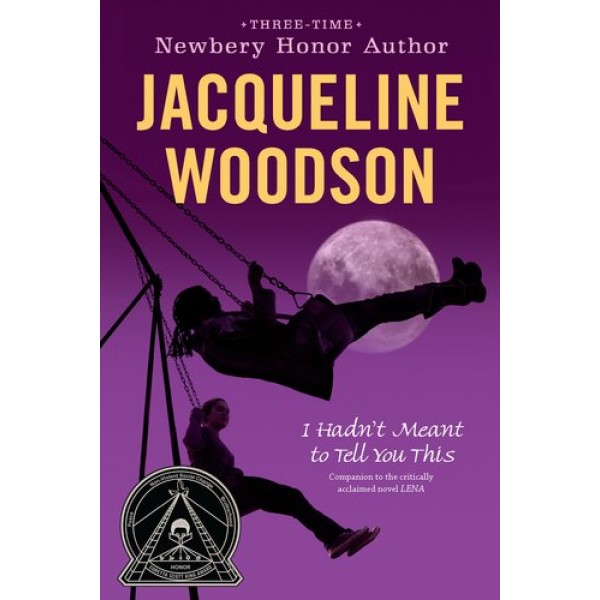 I Hadn't Meant to Tell You This

Twelve-year-old Marie is one of the popular girls in the prosperous black suburb. She's not looking for a friend when Lena Bright, a white girl, appears in school. But the two girls are drawn to each other. You see, both Lena and Marie have lost their mothers. On top of that, Marie soon learns that Lena has a terrifying secret. Marie wants to help, but is it better to keep Lena's secret, or to tell it? Their friendship -- and Lena's survival -- may depend on her decision.

"Told in adroitly sequenced flashbacks, Woodson's novel is wrenchingly honest and, despite its sad themes, full of hope and inspiration." -- Publisher's Weekly

Two girls: one white, one black; one abused, one protected, both missing their mothers. An unlikely friendship ignites between the two, and, in sharing their differences, both of their lives are transformed. Jacqueline Woodson won a Coretta Scott King Honor for this moving, tightly written tale of friendship, racism, and loss. In a starred review, The Horn Book calls it a "haunting and beautifully poetic novel."