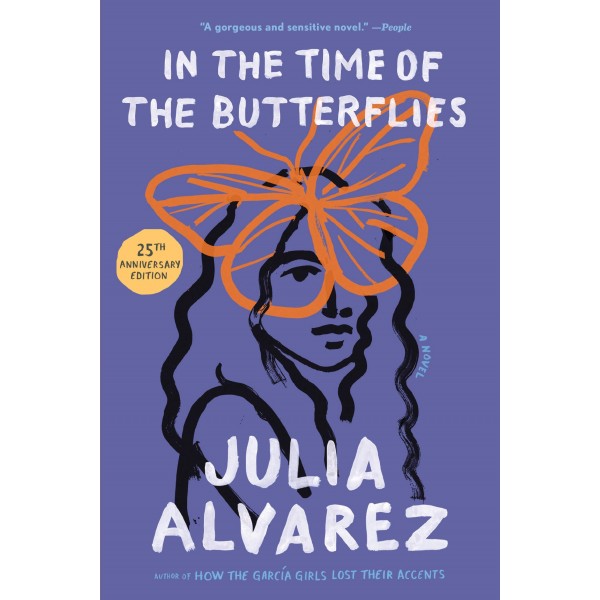 In the Time of the Butterflies

It is November 25, 1960, and three beautiful sisters have been found near their wrecked Jeep at the bottom of a 150-foot cliff on the north coast of the Dominican Republic. The official state newspaper reports their deaths as accidental. It does not mention that a fourth sister lives. Nor does it explain that the sisters were among the leading opponents of Gen. Rafael Leonidas Trujillo's dictatorship. It doesn't have to. Everybody knows of Las Mariposas -- "The Butterflies."

In this extraordinary novel, the voices of all four sisters -- Minerva, Patria, Maria Teresa, and the survivor, Dede -- speak across the decades to tell their own stories, from hair ribbons and secret crushes to gunrunning and prison torture, and to describe the everyday horrors of life under Trujillo's rule. Through the art and magic of Julia Alvarez's imagination, the martyred Butterflies live again in this novel of courage and love, and the human cost of political oppression.

From the author of How the Garcia Girls Lost Their Accents comes this tale of courage and sisterhood set in the Dominican Republic during the rise of the Trujillo dictatorship. A skillful blend of fact and fiction, In the Time of the Butterflies is inspired by the true story of the three Mirabal sisters who, in 1960, were murdered for their part in an underground plot to overthrow the government. Alvarez breathes life into these historical figures--known as "las mariposas," or "the butterflies," in the underground--as she imagines their teenage years, their gradual involvement with the revolution, and their terror as their dissentience is uncovered.

Alvarez's controlled writing perfectly captures the mounting tension as "the butterflies" near their horrific end. The novel begins with the recollections of Dede, the fourth and surviving sister, who fears abandoning her routines and her husband to join the movement. Alvarez also offers the perspectives of the other sisters: brave and outspoken Minerva, the family's political ringleader; pious Patria, who forsakes her faith to join her sisters after witnessing the atrocities of the tyranny; and the baby sister, sensitive Maria Teresa, who, in a series of diaries, chronicles her allegiance to Minerva and the physical and spiritual anguish of prison life.

In the Time of the Butterflies is an American Library Association Notable Book and a 1995 National Book Critics Circle Award nominee.