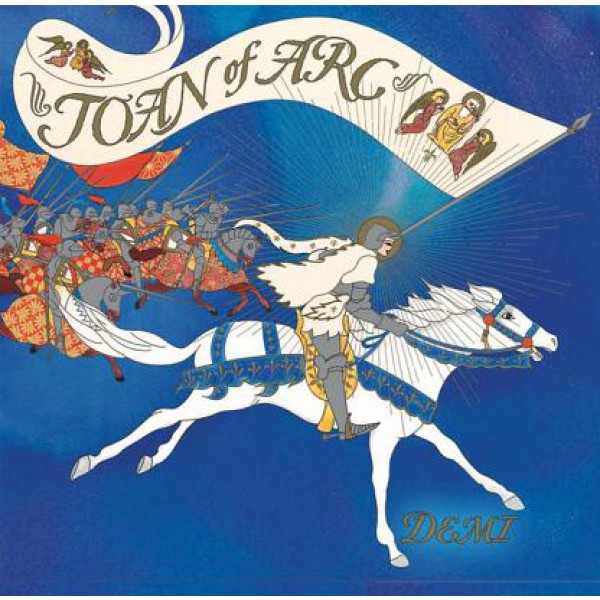 As a young girl in a small village in France, Joan prayed daily that France would be delivered from the English and Burgundian invaders who were ravishing the country. When Joan was thirteen, she had a life-changing experience. The archangel Michael appeared in a vision and told her that she would save the kingdom of France and lead the dauphin (heir to the throne) to Reims Cathedral to be crowned king. Calling herself the Maid of God, Joan set off to gather an army, win a number of crucial battles, and install the dauphin on the French throne.

Demi has drawn Joan's battles and triumphs with exquisite detail inspired by the stained glass, architecture, painting, and sculpture of the fifteenth century.

"Demi goes into detail in glorious color, from deep regal blue to medieval gold, bordering her illustrations with small symbols that introduce young readers eyes to the glories of illuminated manuscripts and Book of Hours visual richness. The message of female empowerment is a bonus." -- Publisher's Weekly

"Demi's biography of Joan of Arc contains bright illustrations evocative of the text and in the spirit of 15th century medieval art.... The book will be useful to students who need to know about Joan for reports, or for browsing the artwork." -- Library Media Connection