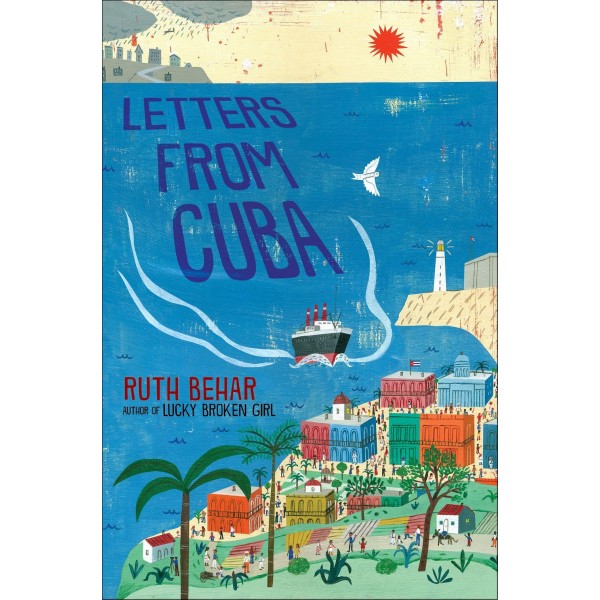 The situation is getting dire for Jews in Poland on the eve of World War II. Esther's father has fled to Cuba, and she is the first one to join him. It's heartbreaking to be separated from her beloved sister, so Esther promises to write down everything that happens until they're reunited. And she does, recording both the good — the kindness of the Cuban people and her discovery of a valuable hidden talent — and the bad: the fact that Nazism has found a foothold even in Cuba.

Esther's evocative letters are full of her appreciation for life and reveal a resourceful, determined girl with a rare ability to bring people together, all the while striving to get the rest of their family out of Poland before it's too late. Based on Pura Belpré Award Winner Ruth Behar's family history, this compelling story celebrates the resilience of the human spirit in the most challenging times.

"Behar (Lucky Broken Girl) crafts a series of loving letters from Esther to her sister, describing the perilous journey and Esther’s first year in Cuba. Esther’s optimism, determination, and unconventionality allow her to adapt quickly; while her father remains as true to his faith as possible, Esther explores her world and, thanks to a highly developed skill learned from her mother, succeeds far beyond expectations.... Global issues such as Hitler’s rise, anti-Semitism, slavery, and worker protests are neatly woven into Esther’s narrative." — Publishers Weekly