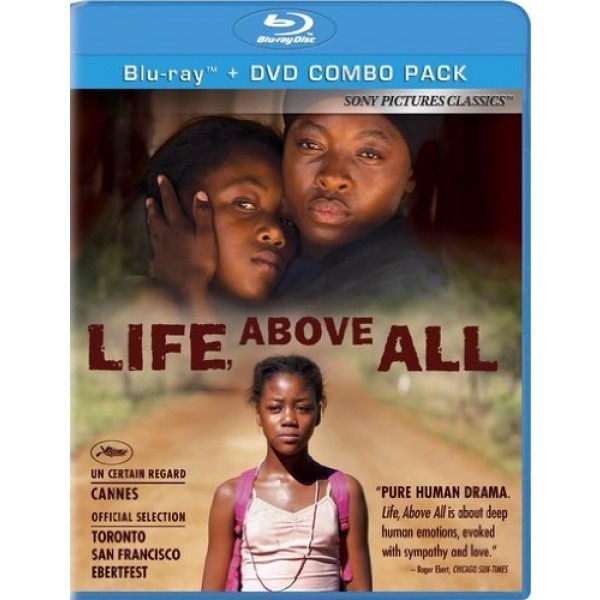 Just after the death of her newly born sister, Chanda (12) learns of a rumor spreading through her small village near Johannesburg that her mother has HIV and poisoned the baby with her milk. It destroys her family and forces her mother to flee. Chanda leaves home and school in search of her mother - and the truth. Life, Above All is an emotional and universal drama about a young girl (stunningly performed by first-time-actress Khomotso Manyaka) who fights the fear and shame that have poisoned her community.

The film captures the enduring strength of loyalty and a courage powered by the heart. Directed by South African filmmaker Oliver Schmitz, it is based on the international award winning novel Chanda's Secrets by Allan Stratton

Through the eyes of a stoic 12-year-old, German-South African filmmaker Oliver Schmitz (Mapantsula) tells a tale both specific and universal. As it begins, Chanda (Khomotso Manyaka, an arresting presence) has lost her baby sister to an undisclosed illness. To make matters worse, her stepfather, Jonah, has stolen money from her mother, Lillian (Lerato Mvelase), to buy alcohol, so Chanda, who lives just outside Johannesburg, wrests it back so Sara can have a proper funeral. It's a small victory before her troubles start to accumulate. Then Lillian falls ill, so Chanda helps to care for her younger siblings with assistance from Mrs. Tafa (Harriet Lenabe), a neighbor who loves them as if they were her own (her son passed away years before).

Unfortunately, the widow is as pious as the rest of the township; she doesn't just look down on Jonah, but on Chanda's friend Esther (the soulful Keaobaka Makanyane), an orphan who wears outfits she finds inappropriate. But the girl has a sweet disposition, and Chanda takes solace in their friendship. As Lillian's condition worsens, Mrs. Tafa recommends she return home, ostensibly to recover, leaving Chanda to tend to Esther by herself when she suffers an attack. Only when the situation couldn't get much worse do Chanda's fortunes finally begin to improve. In adapting Allan Stratton's young adult novel Chanda's Secrets, Schmitz illustrates the consequences for an entire community when ignorance and superstition overtake comfort and support for those struggling with substance abuse and AIDS. -- Kathleen C. Fennessy