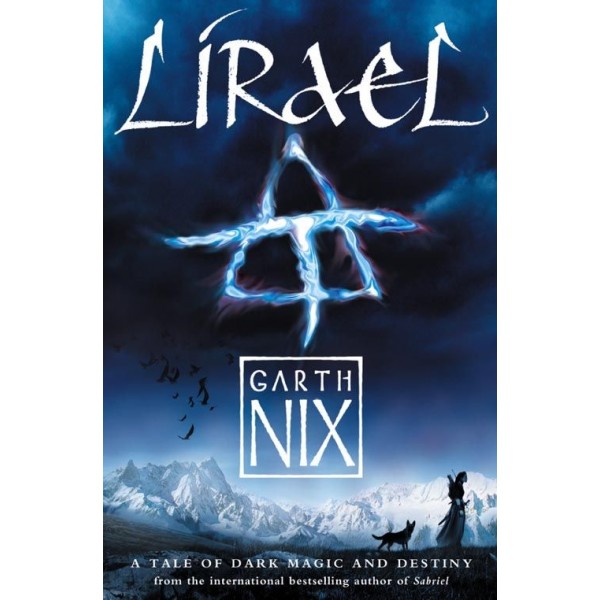 Lirael has never felt like a true daughter of the Clayr. Now, two years past the time when she should have received the Sight that is the Clayr's birthright, she feels alone, abandoned, unsure of who she is. Nevertheless, the fate of the Old Kingdom lies in her hands. With only her faithful companion, the Disreputable Dog, Lirael must undertake a desperate mission against the growing shadow of an ancient evil.

In this sequel to Sabriel, winner of the Aurealis Award for Excellence in Australian Science Fiction, New York Times bestselling author Garth Nix weaves a spellbinding tale of discovery, destiny, and danger. Lirael's adventures continue in the gripping conclusion to the series, Abhorsen.

Fourteen years have passed since the necromancer Sabriel bound the Greater Dead Adept Kerrigor beyond the Ninth Gate and helped restore King Touchstone to the Old Kingdom throne. Now she rules at his side as Abhorsen, the sole necromancer of the Old Kingdom, keeping the people safe from the dark power of Free Magic. But this is not just Sabriel's tale. It is also the story of Hedge, a mysterious necromancer who is digging up a monstrous evil that could utterly destroy the Old Kingdom. And it is the story of Prince Sameth, Touchstone and Sabriel's only son, who would rather fight an entire army of Dead than disappoint his beloved parents. And Sam's friend Nick, who has unknowingly loosed Free Magic into the Old Kingdom, blissfully ignorant of its complete malevolence. But mostly, this is the tale of Lirael, the only daughter of the future-seeing Clayr who does not possess the Sight. Burying the pain of her Sightlessness in the Clayr's great library, Third Assistant Librarian Lirael's insatiable curiosity will soon lead her to an unbelievable destiny that may even be connected with that of the great Sabriel herself.

Garth Nix's stunning sequel to Sabriel, full of Mages, Moggets, and even a Disreputable Dog, is on par with the equally superb works of Philip Pullman and William Nicholson. And fantasy lovers of all ages will be thrilled to discover that Lirael ends with more questions than answers, which will mean a third dip into Nix's beguiling Charter Magic. Both exhilarating and mesmerizing, this fine novel is pure enchantment. (Ages 12 and older) --Jennifer Hubert