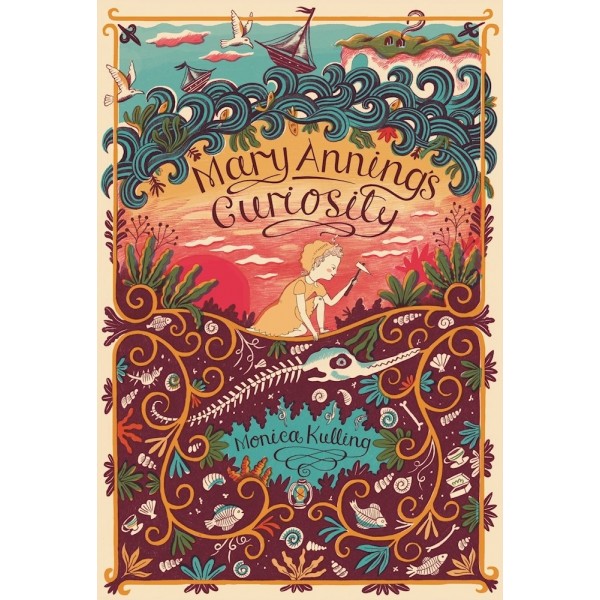 Mary was born in 1799 in Lyme Regis, England, to a poor family. She and her older brother were the only two of ten children to survive. Her father, a carpenter and part-time fossil hunter, taught his children to look for fossils. When her father injured himself and was unable to work, Mary quit school and took up fossil hunting full-time to help support her family, a task that became even more important when her father died, leaving the Annings in debt.

At the age of twelve, Mary, with her older brother Joe, found what they believed to be the skeleton of a gigantic crocodile, the Great Croc of the legends. Between dodging her rival fossil hunter, the Curiman, and the sheer work of carefully digging out the fossil, Mary took almost a year to excavate what would later be termed the Ichthyosaurus. In this triumphant novel about scientific discovery, Monica Kulling brings Mary Anning and her world to life for young readers.

"Period details of everyday life in Lyme Regis, both in the narrative and in Castrillón’s delicate illustrations, and embroidered encounters with rival fossil hunters and collectors flesh out the story; notes at the end wire together explanations of what fossils are with descriptions of some of Anning’s other discoveries and their subsequent histories.... Mary presents an admirable role model for her lively mind, independent spirit, and a continuing sense of wonder that drives her to chip away at nature’s mysteries." — Kirkus Reviews