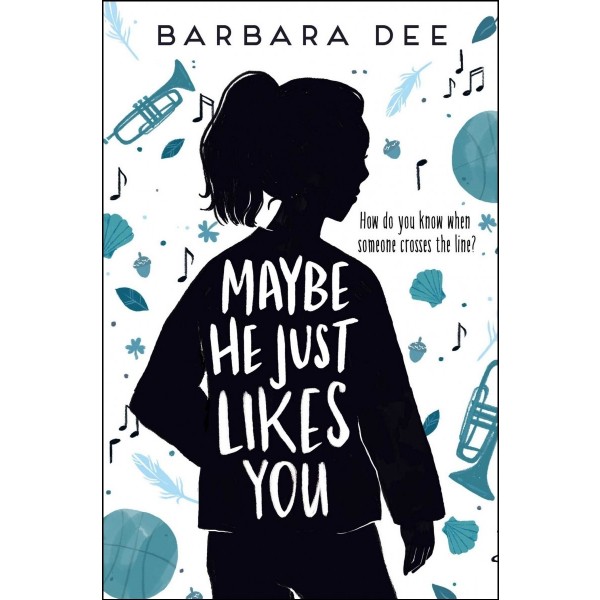 Maybe He Just Likes You

For seventh-grader Mila, it starts with some boys giving her an unwanted hug on the school blacktop. A few days later, at recess, one of the boys (and fellow trumpet player) Callum tells Mila it's his birthday, and asks her for a "birthday hug." He's just being friendly, isn't he? And how can she say no? But Callum's hug lasts a few seconds too long, and feels... weird. According to her friend, Zara, Mila is being immature and overreacting. Doesn't she know what flirting looks like?

But the boys don't leave Mila alone. On the bus. In the halls. During band practice — the one place Mila could always escape. It doesn't feel like flirting — so what is it? Thanks to a chance meeting, Mila begins to find solace in a new place: karate class. Slowly, with the help of a fellow classmate, Mila learns how to stand her ground and how to respect others — and herself. From the author of Everything I Know About You, Halfway Normal, and Star-Crossed comes this heart-wrenching — and ultimately uplifting — novel about a middle school girl experiencing sexual harassment and unwanted attention from classmates, who learns to stand up for herself and find her voice.

"Dee (Everything I Know About You) draws a clear distinction between flirtation and sexual harassment in this timely, sensitively wrought novel about a seventh-grade girl who receives unwanted attention from a group of classmates.... The novel’s all-too-familiar scenario offers a springboard for discussion among middle schoolers about Mila’s experience, as well as her confusion, fear, and reluctance to discuss her situation with authority figures. Easily grasped scenarios and short chapters help make this timely #MeToo story accessible to a wide audience." — Publishers Weekly