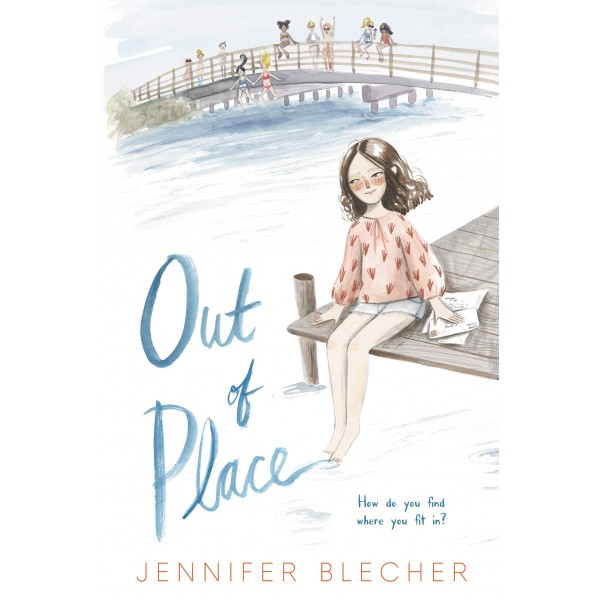 Twelve-year-old Cove Bernstein's year has gone from bad to worse. First, her best friend, Nina, moved from Martha's Vineyard to New York City. Then, without Nina around, Cove became the target of a bullying campaign at school. Escape seems impossible.

But opportunities can appear when you least expect them. Cove's visit to a secondhand clothing store leads her to a surprising chance to visit Nina, but only if she can win a coveted place in a kids-only design competition. Cove doesn't know how to sew, but her friend at the retirement home, Anna, has promised to teach her. And things start really looking up when a new kid at school, Jack, begins appearing everywhere Cove goes.

Then Cove makes a big mistake. One that could ruin every good thing that has happened to her this year. One that she doesn't know how to undo. Jennifer Blecher's accessible and beautifully written debut novel explores actions and consequences, loneliness, bullying, and finding your voice.

"In Cove, Blecher has created a sweet and realistically vulnerable character who longs to feel validated and respected. The taunts of the mean girls are devastatingly true to life, the story’s leisurely pace doesn’t lag, and the ending is hopeful without feeling cliché. All in all, this is a tender, uncomplicated coming-of-age story that illustrates how hard it can be to fit in at any age." — Publishers Weekly