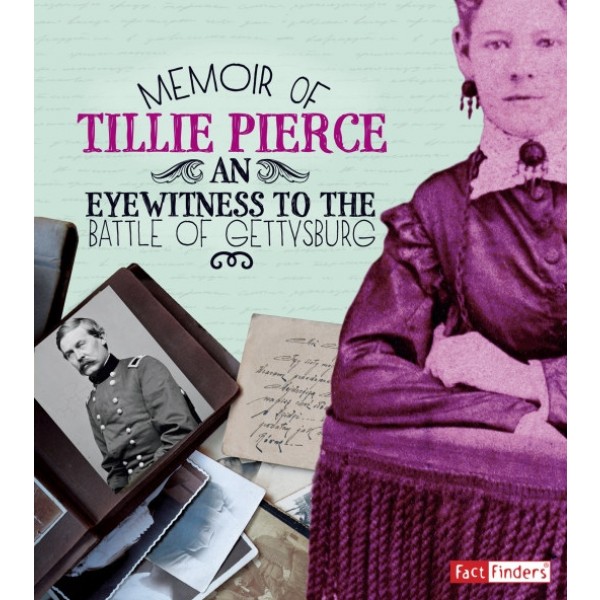 Memoir of Tillie Pierce: An Eyewitness to the Battle of Gettysburg

Tillie Pierce was 15 years old when the Battle of Gettysburg raged around her. The three-day battle fought in July 1863 proved to be the deadliest of the Civil War and the turning point of the conflict. And the teenager watched it all — and even though the battle had trapped her in Gettysburg, she became an unlikely hero when she joined the other girls and women, providing aid to wounded Union and Confederate soldiers alike. Go behind the scenes and follow the bloody battle in Tillie's own words.

This book is from the First-Person Histories series, which is devoted to opening tweens' eyes to American history through first-person accounts of real people who lived through it.