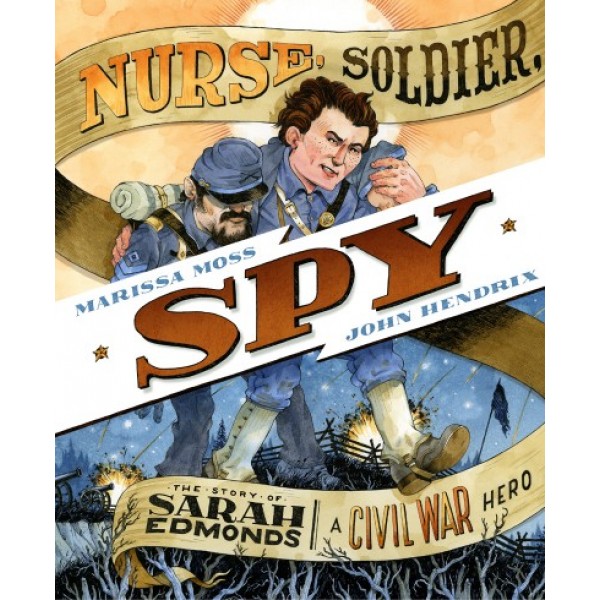 This fast-paced, high-energy picture book tells the true story of Sarah Emma Edmonds, who at age nineteen disguised herself as a man in order to fight in the Civil War. She took the name Frank Thompson and joined a Michigan army regiment to battle the Confederacy. Sarah excelled as a soldier and nurse on the battlefield. Because of her heroism, she was asked to become a spy. Her story comes to life through the signature illustrations and design of John Hendrix and the exciting storytelling of Marissa Moss.

“Hendrix's artwork is, as usual, a showstopper, and his bold caricatures convey Edmonds's strength and determination. Moss delivers a riveting narrative, making it clear that Edmonds was fighting for more than one kind of freedom.” -- Publishers Weekly, starred review