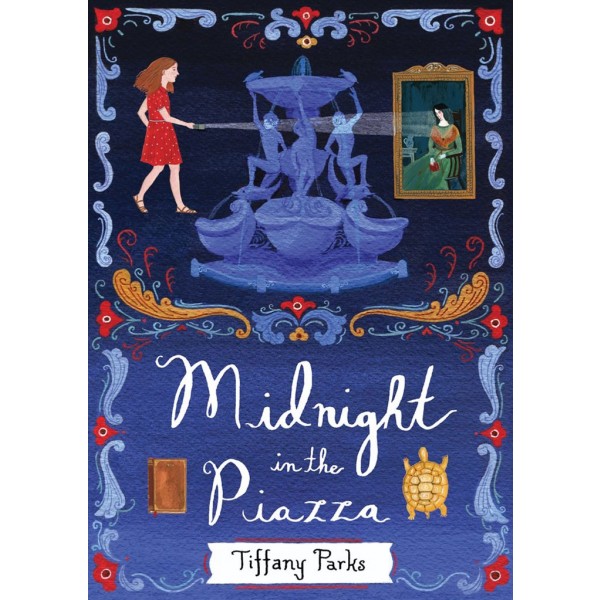 Midnight in the Piazza

Beatrice Archer may love history, and Rome may be chock-full of it, but that doesn't mean she wants to move there! Too bad Beatrice's father got a job as the head of the history department at the American Academy in Rome — now, Beatrice has no choice but to get used to the idea. When she arrives in Rome she explores her new city as much as she can, but it isn't until she hears talk of a strange neighborhood legend that Beatrice perks up. A centuries-old unsolved mystery about the beautiful turtle fountain outside her window? Sounds like fun!

Before Beatrice has a chance to explore, though, she sees a dark figure emerge from the shadows of the square in the middle of the night — and steal the famous turtle sculptures that give the fountain its name. When no one believes her story, Beatrice knows that it's up to her to solve the crime and restore the turtles to their rightful place. With the help of her new friend Marco, she navigates a world of unscrupulous ambassadors, tricky tutors, and international art thieves to unravel one of Roman history's greatest dramas — before another priceless work of art is stolen.

"Debut author Parks, herself an expat living in Rome, laces Beatrice’s fictional investigation with Italian phrases (translated in footnotes) and information about Roman architecture, art, and history, giving readers a window into contemporary life among centuries-old artwork and ruins. She keeps Beatrice’s adventure moving at a fast clip, even addressing a few things that skeptical readers may find overly coincidental through a conversation with a neighbor who explains synchronicity. It’s a charming love letter to Rome with an exciting mystery at its core." — Publishers Weekly