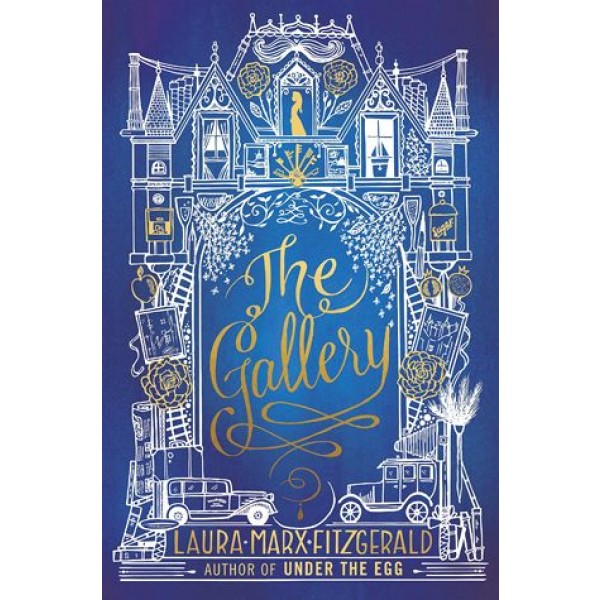 It's 1929, and twelve-year-old Martha has no choice but to work as a maid in the New York City mansion of the wealthy Sewell family. But, despite the Gatsby-like parties and trimmings of success, she suspects something might be deeply wrong in the household — specifically with Rose Sewell, the formerly vivacious lady of the house who now refuses to leave her room. The other servants say Rose is crazy, but scrappy, strong-willed Martha thinks there's more to the story — and that the paintings in the Sewell's gallery contain a hidden message detailing the truth.

But in a house filled with secrets, nothing is quite what it seems, and no one is who they say. Can Martha follow the clues, decipher the code, and solve the mystery of what's really going on with Rose Sewell? Inspired by true events described in a fascinating author's note, The Gallery is a 1920s caper told with humor and spunk that readers today will love.

"With a narrative voice in Martha that is equal parts pragmatic and wry, Fitzgerald weaves an engaging mystery set in New York City in the Roaring Twenties. Rose's plight challenges readers to think about gender inequity during the time period, and they will be further encouraged by references to stories such as that of Proserpina and Jupiter. Current events of the day are incorporated into the plot, and an author's note describes how the story grew from newspaper headlines, biographies, and memoirs. A solid, fast-moving mystery for historical fiction fans, with nods to art history and mythology." — Amanda Raklovits, School Library Journal