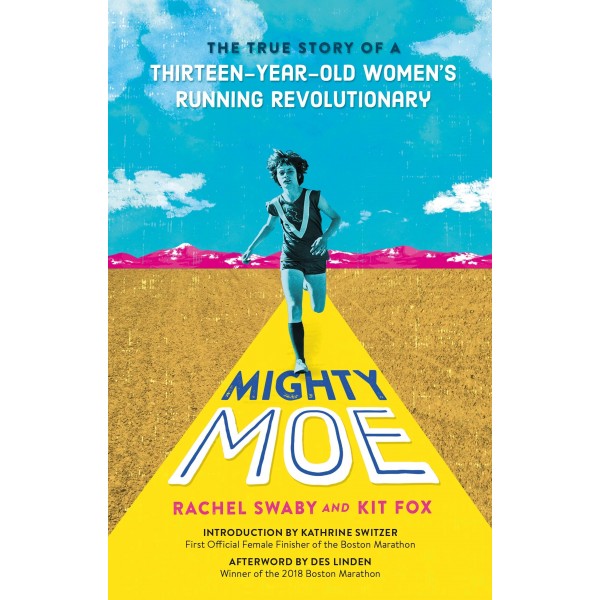 Fifty-two years ago, a girl known as Mighty Moe broke the women's world marathon record at a small race in Toronto. This was an era when girls and women were discouraged from the sport and the longest track event at the Olympics for women was 25.6 miles shorter than a marathon. Thirteen-year-old Moe's world-beating victory was greeted with chauvinistic disapproval and accusations of cheating — as were many of her achievements in the sport she had excelled at from the age of ten. Within less than two years, the controversy took its toll and Maureen quit running.

Here is the untold story of Mighty Moe's tenacity and triumph in the face of adversity as a young athlete — and of a grown-up Maureen finding her way back to the sport decades later. This inspiring biography for readers and racers of all ages showcases the truly groundbreaking achievements of an unassuming, amazing young athlete.

"While Wilton is unquestionably the star of this book, Swaby (Headstrong: 52 Women Who Changed the World) and debut author Fox intersperse eye-opening anecdotes of other women runners who faced discrimination and opposition. While the gripping chapters jump around in both chronology and focus, they always circle back to the compelling story of Wilton, who, with the support of her parents and coach, unknowingly revolutionized an entire sport for women." — Publishers Weekly