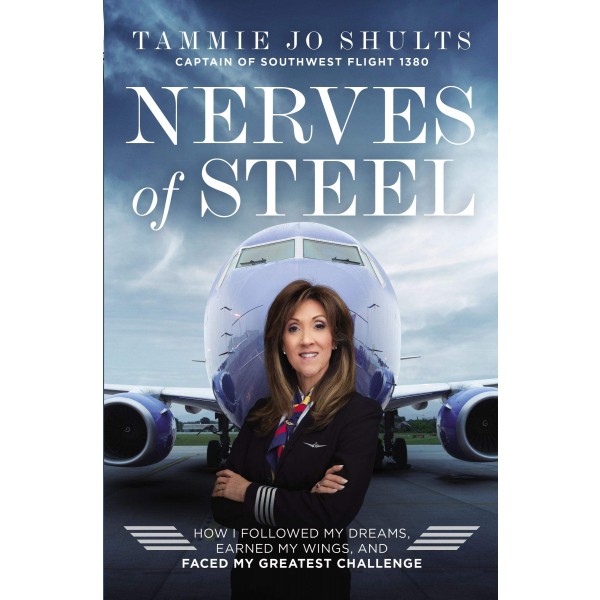 Nerves of Steel: How I Followed My Dreams, Earned My Wings, and Faced My Greatest Challenge

Tammie Jo Shults has spent her entire life loving the skies. Though the odds were against her, she became one of the few female fighter pilots in the Navy. In 1994, after serving her country honorably for eight years, Tammie Jo left the Navy and joined Southwest Airlines. Then, on April 17, 2018, Tammie Jo was called to service once again. Twenty minutes into a routine domestic flight — that she was not originally scheduled to fly — Captain Shults was faced with the unthinkable — a catastrophic engine failure in the Boeing 737 caused an explosion that punctured hydraulic lines and severed fuel lines, tearing away sections of the plane, puncturing a window, and taking a woman's life.

Captain Shults and her first officer, Darren Ellisor, struggled to stabilize the aircraft. Drawing deeply from her well of experience, Tammie Jo was able to wrestle the severely damaged 737 safely to the ground. Nerves of Steel is the captivating true story of Tammie Jo Shults's remarkable life, and how her determination and drive gave her the skill to safely land the severely crippled Southwest Airlines Flight 1380 and save the lives of 148 people.