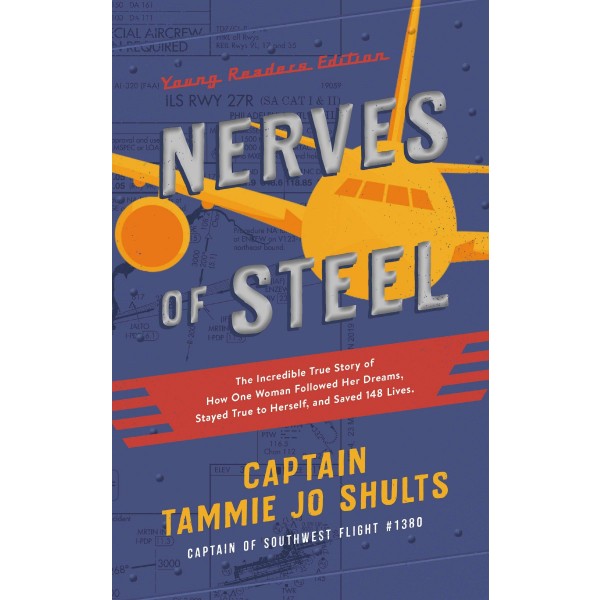 The Incredible True Story of How One Woman Followed Her Dreams, Stayed True to Herself, and Saved 148 Lives

Tammie Jo Shults grew up wanting to be a pilot. She worked hard but faced many obstacles and challenges along the way that threatened to derail her dreams. Her path eventually led her to became one of the first women to fly the F/A-18 Hornet. Her specialized flight training in fighter aircraft honed her skills to a razor's edge.

Tammie Jo wasn't originally scheduled for Flight 1380 on the morning of April 17, 2018, when a catastrophic engine failure in her Boeing 737 caused an explosion that severed hydraulic and fuel lines, tore away sections of the plane, punctured a window, and took a woman's life. In the midst of the emergency, Tammie Jo stayed calm. She wrestled the crippled plane safely to the ground, and in doing so, saved many lives. This young readers adaptation of Shults' book Nerves of Steel is for all young readers who work hard to chase their dreams and are excited for the adventure ahead.