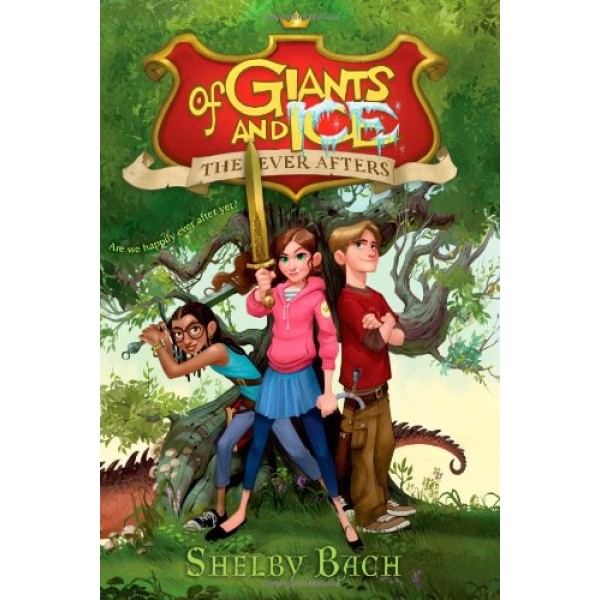 Of Giants And Ice

Rory Landon has spent her whole life being known as the daughter of a famous movie star mom and director dad. So when she begins a new after-school program and no one knows who her family is, Rory realizes something is different. After she ends up fighting a fire-breathing dragon on her first day, she realizes the situation is more unusual than she could have imagined.

It turns out the only fame that matters at Ever After School is the kind of fame earned from stories Rory thought were fictional. But as Rory soon learns, fairy tales are very real -- and she is destined to star in one of her own.

This first installment of The Ever Afters series reimagines classic fairy tale characters in a modern context, merging familiar fantasy with the everyday realities of middle-grade existence.

"Readers will delight in fast-paced, detail-rich chapters. There's plenty of magic to intrigue Harry Potter fans and enough twists and turns to entice even reluctant readers. The relationships among the three strong protagonists develop believably, and the secondary characters have enough dimension to maintain interest. This debut novel is a light, fun look at fairy tales after the 'happily ever after.'" -- Nancy Minaldi-Scanlan, School Library Journal