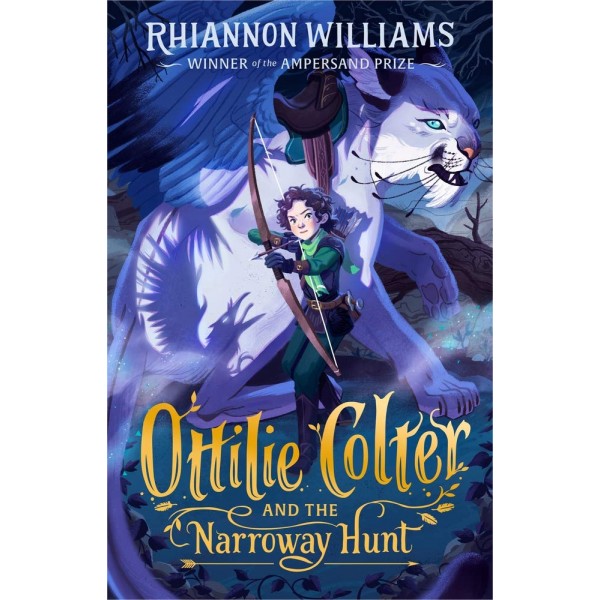 Ottilie Colter and the Narroway Hunt

Ottilie Colter and her brother, Gully, have always fended for themselves. So when Gully goes missing one night, Ottilie sets out to find him — and soon makes a horrible discovery. Gully has been forcibly recruited by the Narroway Hunt, a secretive male-only organization that hunts savage, blight-spreading monsters called "dredretches."

Disguising herself as a boy, Ottilie infiltrates the Hunt — but quickly realizes that taking her brother home won't be easy. Trapped in the heart of the dredretch-infested Narroway, it's impossibly dangerous for them to leave. But as she trains to become a Huntsman alongside her brother, hoping for a chance to escape, how long can she keep her true identity a secret? From Rhiannon Williams, the first ever middle-grade winner of the Ampersand Prize, comes book one in this bewitching trilogy about friendship, bravery, and having the courage to do what’s right.

"Only Gully and a female sculkie friend (while boys are huntsmen, girls can only be servants) know of Ottilie’s secret as she plots an escape while also falling deeper into Narroway culture, seeing horrors and coming to embrace the mission’s importance. Exquisite worldbuilding keeps a strong sense of discovery and balances the appeal of the huntsman’s life with the deeply unfair society and hints of conspiracies afoot.... A must-read for fans of the genre." — Kirkus Reviews