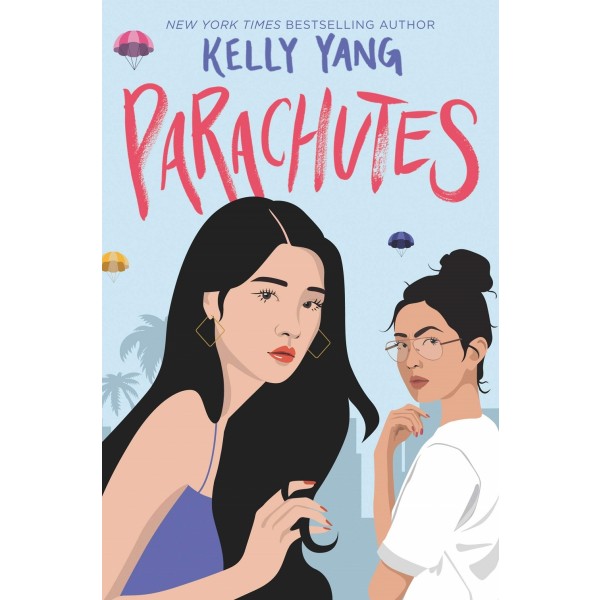 They’re called parachutes: teenagers dropped off to live in private homes and study in the United States while their wealthy parents remain in Asia. Claire Wang never thought she’d be one of them, until her parents pluck her from her privileged life in Shanghai and enroll her at a high school in California. Suddenly she finds herself living in a stranger’s house, with no one to tell her what to do for the first time in her life. She soon embraces her newfound freedom, especially when the hottest and most eligible parachute, Jay, asks her out.

Dani De La Cruz, Claire’s new host sister, couldn’t be less thrilled that her mom rented out a room to Claire. Dani is determined to earn her way into Yale, even if it means competing with privileged kids who are buying their way to the top. But Dani’s game plan veers unexpectedly off course when her debate coach starts working with her privately. As they steer their own distinct paths, Dani and Claire keep crashing into one another, setting a course that will change their lives forever. Speak enters the world of Gossip Girl in this modern immigrant story about two girls navigating wealth, power, friendship, and trauma.