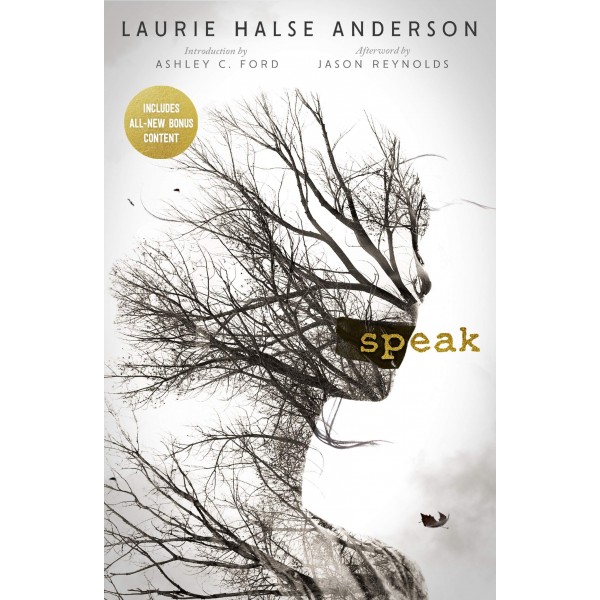 "Speak up for yourself — we want to know what you have to say." From the first moment of her freshman year at Merryweather High, Melinda knows that this is a big fat lie, part of the nonsense of high school. She is friendless, outcast, because she busted an end-of-summer party by calling the cops, so now nobody will talk to her, let alone listen to her. As time passes, she becomes increasingly isolated and practically stops talking altogether. Only her art class offers any solace, and it is through her work on an art project that she is finally able to face what really happened at that terrible party: she was raped by an upperclassman, a guy who still attends Merryweather and is still a threat to her.

Her healing process has just begun when she has another violent encounter with him. But this time Melinda fights back, refuses to be silent, and thereby achieves a measure of vindication. In this powerful novel, an utterly believeable heroine with a bitterly ironic voice delivers a blow to the hypocritical world of high school. She speaks for many a disenfranchised teenager while demonstrating the importance of speaking up for oneself.

This 20th anniversary edition of this modern classic includes an updated Q&A, a resource list, and an essay and a poem from Laurie Halse Anderson.

"Anderson infuses the narrative with a wit that sustains the heroine through her pain and holds readers' empathy.... The book's overall gritty realism and Melinda's hard-won metamorphosis will leave readers touched and inspired." — Publishers Weekly