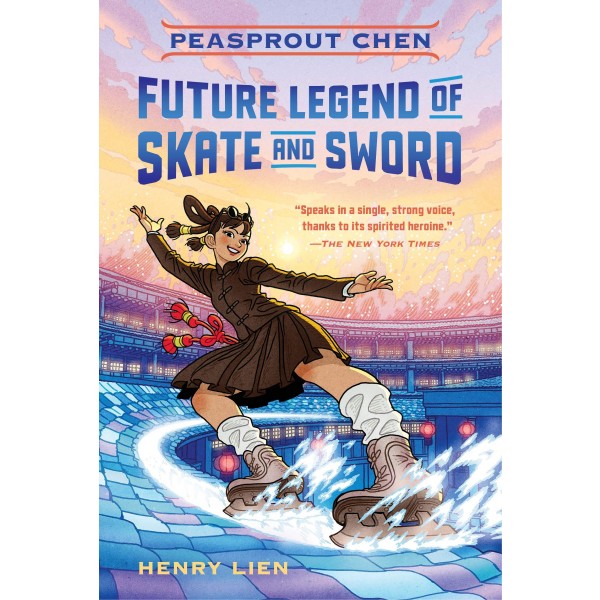 Welcome to Pearl Famous Academy of Skate and Sword, where the blades are sharp and the competition is fierce. Peasprout Chen dreams of becoming a legend of wu liu, the deadly and beautiful art of martial arts figure skating. As the first students from the rural country of Shin to attend Pearl Famous Academy of Skate and Sword, Peasprout and her little brother Cricket have some pretty big skates to fill. They soon find themselves in a heated competition for top ranking.

Tensions rise when the dazzling pearl buildings of the Academy are vandalized and outsider Peasprout is blamed for the attacks by her rivals... and even some friends. Now, she must uncover the true vandal to ensure peace between Shin and Pearl — all while becoming a champion.

"Hazards abound, including rival students, sabotage, and diplomatic tensions. Peasprout attempts to protect her brother, avoid new enemies, prove her innocence when she’s accused of being a spy, and excel at her studies, but her greatest challenge may be overcoming her own hubris and stubbornness. Building on a lushly described world introduced in several short stories, debut novelist Lien crafts a memorable setting and cast while delivering a fast-paced, tense plot full of surprises." — Publishers Weekly