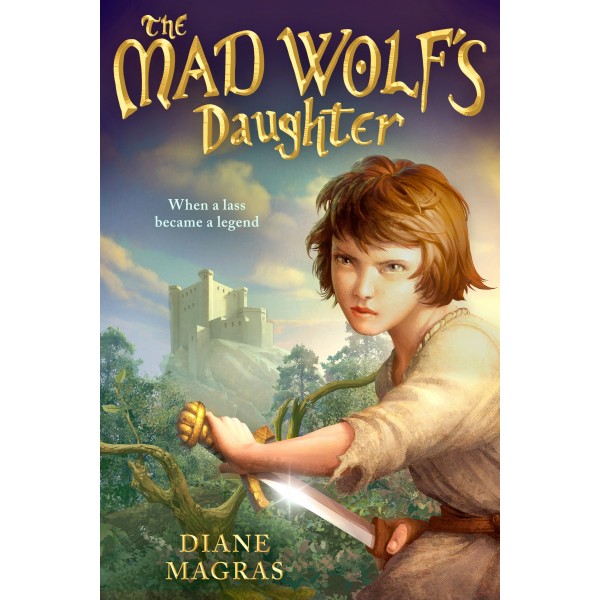 One dark night, Drest's sheltered life on a remote Scottish headland is shattered when invading knights capture her family, but leave Drest behind. Her father, the Mad Wolf of the North, and her beloved brothers are a fearsome war-band, but now Drest is the only one who can save them. So she starts off on a wild rescue attempt, taking a wounded knight along as a hostage.

Hunted by a bandit with a dark link to her family's past, aided by a witch whom she rescues from the stake, Drest travels through unwelcoming villages, desolate forests, and haunted towns. Every time she faces a challenge, her five brothers speak to her in her mind about courage and her role in the war-band. But on her journey, Drest learns that the war-band is legendary for terrorizing the land. If she frees them, they'll not hesitate to hurt the gentle knight who's become her friend.

Drest thought that all she wanted was her family back; now she has to wonder what their freedom would really mean. Is she her father's daughter or is it time to become her own legend?

Drest's story continues in The Hunt for the Mad Wolf's Daughter.

"Set in a rugged Scottish landscape in the early 13th century, debut author Magras’s tale of courage and heroism centers on Drest, the youngest child and only daughter of Grimbol, the dreaded Mad Wolf of the North. As fierce Drest becomes a legend in her own right, she must confront difficult truths about her family’s storied past.... Drest’s drive to help those in need wins her devoted allies, including a canny boy named Tig and his raven companion. Empathetic, bold, and entirely herself at a time when women were dismissed as weak, Drest shines in this fast-paced adventure." — Publishers Weekly