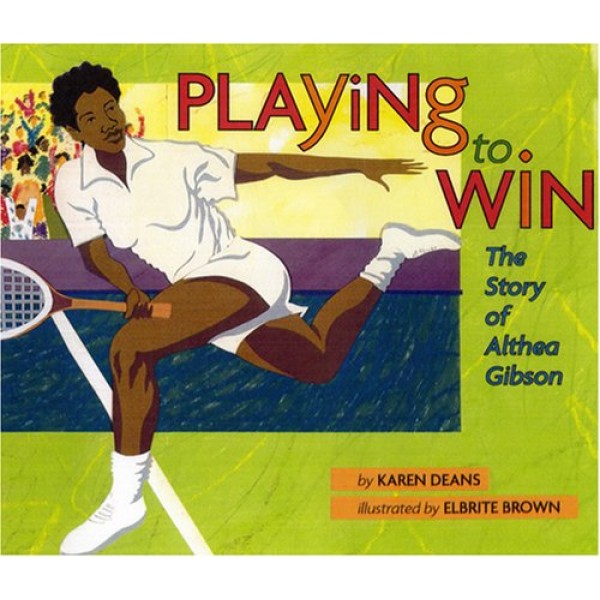 Playing To Win: The Story Of Althea Gibson

Growing up in Harlem in the 1930s, Althea Gibson became tough and rebellious. Some said she was having trouble finding her way, until she was a teenager when she discovered she had a talent for sports. In fact, Althea was a natural at tennis, but tennis was played mostly by wealthy white people in country clubs that excluded African Americans. Never one to shy away from a challenge, Althea was not deterred. Instead, she set about becoming a barrier-breaking and world-famous athlete and became the first African-American woman to win a Grand Slam title in 1956.

"Winning title after title, this amazing athlete rose to fame and proved she was indeed playing to win. For the most part, the multimedia illustrations are well matched to the power and fluidity of the text, particularly in capturing the champion in action." -- School Library Journal