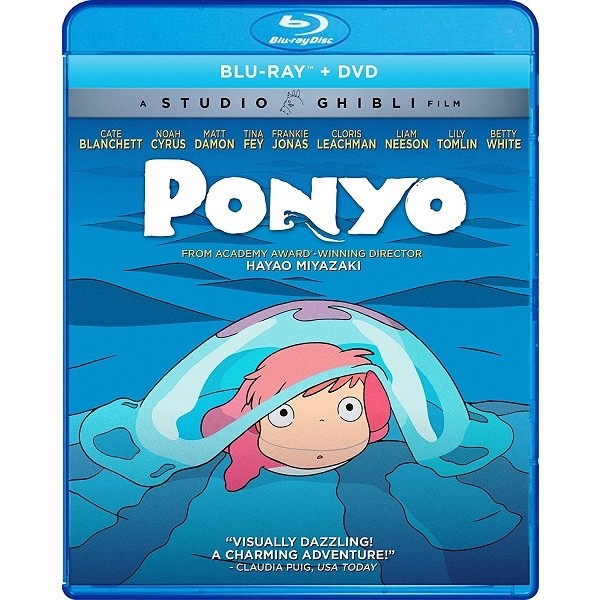 When a young boy named Sosuke rescues a goldfish named Ponyo, they embark on a fantastic journey of friendship and discovery — until Ponyo's father, a powerful sorcerer, forces her to return to her home in the sea. In her quest to become human and reunite with Sosuke, Ponyo stumbles upon and releases her father's magical Water of Life and triggers a gigantic storm. Now balance must be restored to the world they all cherish.

"Ponyo confirms Academy Award-winning director Hayao Miyazaki's reputation as one of the most imaginative filmmakers working today. Loosely based on Hans Christian Anderson's "The Little Mermaid," Ponyo is a magical celebration of innocent love and the fragile beauty of the natural world.... Ponyo contains fantastic moments that suggest dreams — and reassert the power of hand-drawn animation to create memorable fantasies: no effects-laden Hollywood feature can match the wonder of Ponyo running along the tops of crashing waves on her way back to Sosuke." — Charles Solomon, Amazon.com Reviews