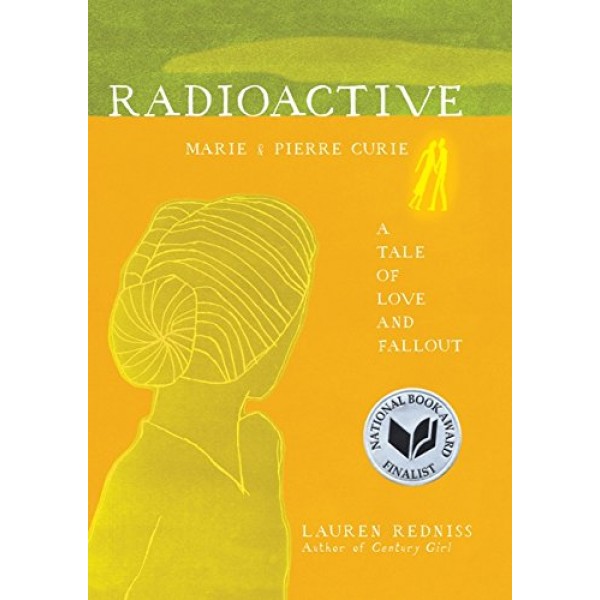 Radioactive: Marie and Pierre Curie: A Tale of Love and Fallout

In 1891, 24-year-old Marie Sklodowska moved from Warsaw to Paris, where she found work in the laboratory of Pierre Curie, a scientist engaged in research on heat and magnetism. They fell in love. They took their honeymoon on bicycles. They expanded the periodic table, discovering two new elements with startling properties, radium and polonium. They recognized radioactivity as an atomic property, heralding the dawn of a new scientific era. They won the Nobel Prize. Newspapers mythologized the couple's romance, beginning articles on the Curies with "Once upon a time..." Then, in 1906, Pierre was killed in a freak accident. Marie continued their work alone. She won a second Nobel Prize in 1911, and fell in love again, this time with the married physicist Paul Langevin. Scandal ensued. Duels were fought.

In the century since the Curies began their work, we've struggled with nuclear weapons proliferation, debated the role of radiation in medical treatment, and pondered nuclear energy as a solution to climate change. In Radioactive, Lauren Redniss links these contentious questions to a love story in 19th Century Paris. Whether young or old, scientific novice or expert, no one will fail to be moved by Lauren Redniss's eerie and wondrous evocation of one of history's most intriguing figures.

"Redniss’s styling doesn’t end with the way she tells the story: Radioactive is as visually stunning as it is factually rich. She jumps from black-and-white sketches to vibrantly colored depictions of the young couple’s courtship, collaborations, and eventually Pierre’s unexpected death. Within the stark pages of the chapter titled 'Isolation,' the reader feels Marie’s loss; then in 'Exposure' we watch as she falls in love again — this time under more controversial circumstances.... Through her moody, evocative collages, she captures the drama of the Curies’ lives and their contributions to science and medicine, sending the reader on a one-of-a-kind historical and biographical journey that any curious mind will appreciate." — Jessica Schein