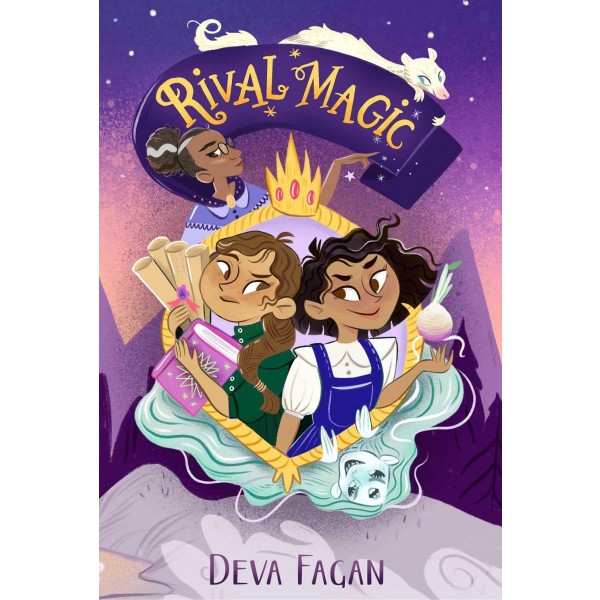 Antonia may not be the most powerful wizard the world has ever seen, but she’s worked hard to win her place as apprentice to renowned sorcerer Master Betrys. Unfortunately, even her best dancing turnip charm might not be enough when Moppe the scullery maid turns out to be a magical prodigy. Now that Betrys has taken Moppe on as a second apprentice, Antonia’s path to wizarding just got a bit more complicated.

But when Betrys is accused of treason, Antonia and Moppe are forced to go on the run. To prove their master’s innocence — and their own — the rivals must become allies. As their island province teeters on the brink of rebellion, they’ll face ancient spells, vengeful mermaids, enchanted turnips, voice-stealing forests, and one insatiable sea monster. In this cinematic middle grade fantasy in the tradition of Kiki’s Delivery Service and The School for Good and Evil, a young wizard’s apprentice discovers that the best magic is not the biggest or the brightest, but the magic unique to you.