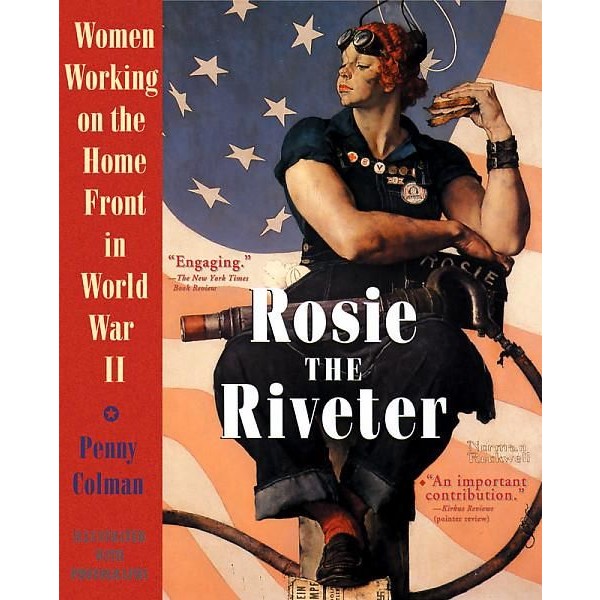 Rosie the Riveter: Women Working on the Home Front in World War II

When America's men went off to war in 1942, millions of women were recruited, through posters and other propaganda, to work at non-traditional jobs. In defense plants, factories, offices, and everywhere else workers were needed, they were — for the first time — well paid and financially independent. But eventually the war ended, and the government and industries that had once persuaded them to work for the war effort now instructed them to return home and take care of their husbands and children.

"Colman looks at the jobs women took, the impact women had on the workplace, and what happened to working women at war's end, but what's most interesting is her discussion of the public relations campaign that not only "wooed" women into the workplace, but also sought to change firmly entrenched attitudes about women's role in society." — Kirkus Reviews