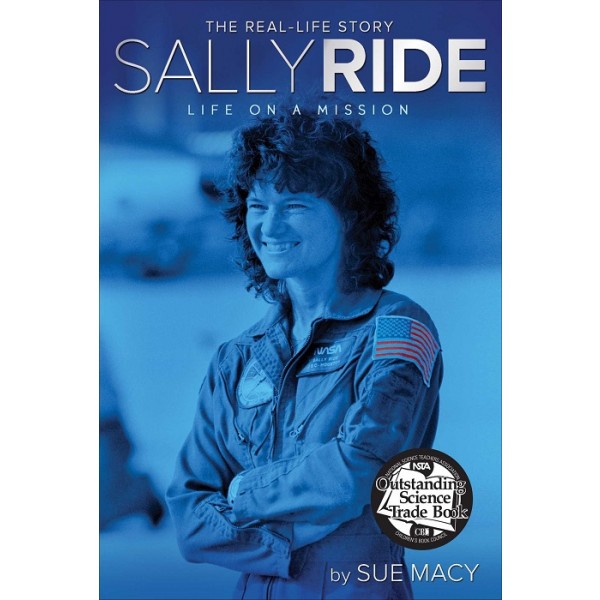 Sally Ride: Life On A Mission

Most people know Sally Ride as the first American female astronaut to travel in space. But in her lifetime she was also a nationally ranked tennis player, a physicist who enjoyed reading Shakespeare, a university professor, the founder of a company that helped inspire girls and young women to pursue careers in science and math, and a recipient of the Presidential Medal of Freedom.

From Sally Ride's youth to her many groundbreaking achievements in space and beyond, Sue Macy's riveting biography tells the story of not only a pioneering astronaut, but a leader and explorer whose life, as President Barack Obama said, "demonstrates that the sky is no limit for those who dream of reaching for the stars."

"Macy introduces the history of the space program and the first women pioneers who tried to break into it, and she offers a detailed look at Ride’s long and storied career, with special emphasis on her flights and her role in discovering what caused the horrific accident that killed everyone aboard the last Challenger flight. Ride’s work with children and young adults after her retirement from NASA is also highlighted. Photos, insets with further information, and extensive back matter round out the treatment." -- Ilene Cooper, Booklist