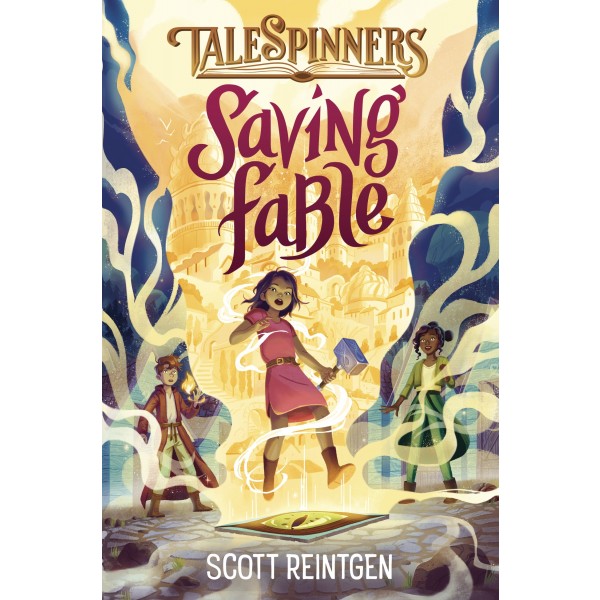 Indira has been a character-in-waiting her entire life. So she can't believe her luck when she's finally chosen to travel to Fable and study at the renowned Protagonist Preparatory, a school known for producing the best heroes. But Indira's dreams of achieving hero status don't exactly go as planned. A failed audition lands her in the school's side-character track, and her best efforts to prove advisors — famous characters like Alice from Wonderland and Professor Darcy — wrong are constantly sabotaged. Indira is starting to feel like an evil antagonist might be to blame.

As the danger spreads, Indira discovers all of Fable is under siege. With her friends Maxi and Phoenix by her side, she pieces together clues that will reveal who is behind the dark magic threatening them all. But the more Indira uncovers, the more doubt she feels about her place in this world of stories. After all, can a side character really save the day?

"Indira is determined to become a protagonist so that she can find her brother, David, a laborer in the town of Quiver, where he mines story nuggets.... The question arises: Can a side character become a hero? Reintgen’s middle-grade debut is at once a fantastic adventure and a tribute to famous and popular literature." — Kirkus Reviews