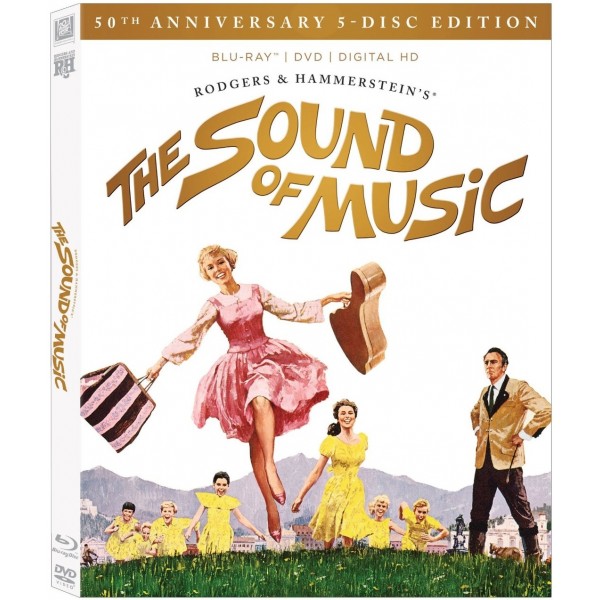 Experience the world's most beloved family film as never before with this 5-disc 50th Anniversary Special Edition of Rodgers & Hammerstein's The Sound of Music, Winner of five 1965 Academy Awards, including Best Picture!

In this true-life story, Julie Andrews lights up the screen as Maria, a spirited young woman who leaves the convent to bring love and music to the home of Captain von Trapp (Christopher Plummer) and his seven children.

"Audiences fell in love with the struggling novice Maria (Andrews), the dashing Captain von Trapp (Christopher Plummer), and, yes, the cute kids, all based on a real-life World War II Austrian family. Such songs as "My Favorite Things," "Do Re Mi," "Climb Every Mountain," and the title tune became part of the 20th century Zeitgeist. In addition, The Sound of Music officially became a cult hit when audiences in London began giving it the Rocky Horror Picture Show treatment, attending showings dressed as their favorite characters and delivering choreographed comments and gestures along with the movie. -- David Horiuchi